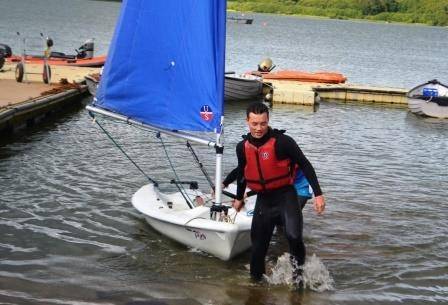 The sailing cup was a culmination of a busy term of sailing for the College with pupils learning to sail throughout, via the CCF, Saturday Club and the hardened sailors on Plymouth Sound on Wednesdays. The school was almost entirely emptied of pupils as each House has two boats in each race – and lots of willing supporters (possibly due to the BBQ on offer!). A staff and parents’ team also entered the competition, with Mrs Roberts-Key taking the helm and a late entry by Mr Richard Tanner representing the parents.
The first race showed a great gathering of boats at the first turn with Mr Tanner leading the way, closely followed by the Conway boat of Ellie Stanyer and Cameron Georgel; unfortunately, at this point another boat mssed the mark, collided with the Conway boat and caused the pack to concertina into each other!

The wind continued to pick up and the races became closer with some difficult up wind legs and interesting wind shifts. Consistency enabled Courtenay to take the top spot, closely followed by Conway. The staff/parent team came a close third but was held back by lacking a second boat and so was awarded last place in two races (a challenge for next time!).

Special mention must go to Ben Hancox for two 2nd places and  Marcus Coleridge who sailed an excellent last race for Conway losing out to the Captain of Sailing, Alex Byrne, in the first leg of the race but then regaining a lead and securing victory by some margin in the second leg. Certainly an up and coming talent in this sport! 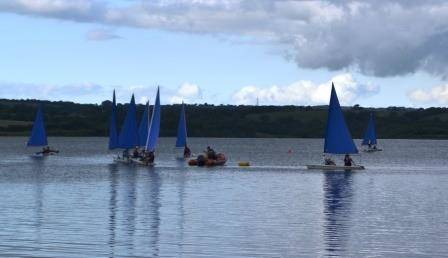 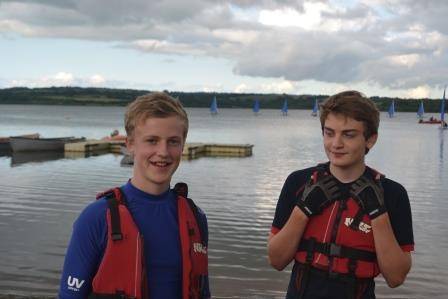 Our Admissions office is currently open. To get in touch please email us on admissions@mountkelly.com