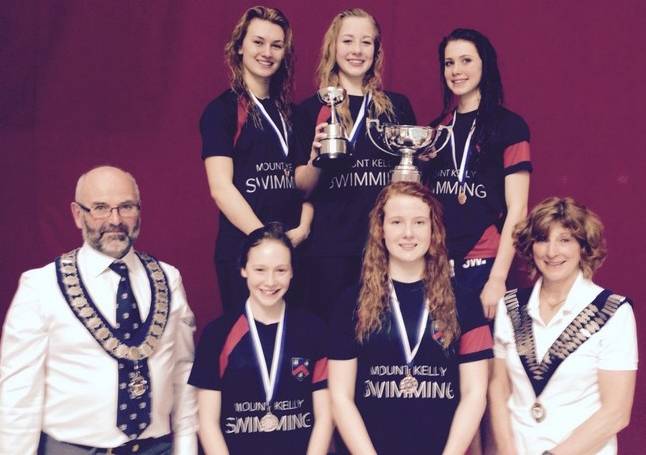 14 year old Lauren Hession was the first swimmer to claim a Senior and Junior Championship Title in the Women’s 100m freestyle storming to victory in a new PB of 58.41. Close behind was Christy Gold in 2nd, Kaylee Dekker 3rd, Anna Cutts 4th and Georgina Dennis 7th. Jacob Newcombe then took the Junior Title in the Men’s 200m butterfly in a huge new PB of 2.18.97 with Jack Hutchin finishing 2nd junior and Reiss Ormonde-Cunningham 2nd in the senior equivalent. The final Junior Title of Day One went to Ollie Taverner in the Men’s 50m backstroke in a new PB of 28.00.

The first session of Day Two proved the most successful with Mount Kelly swimmers taking all six trophies on offer! Benjamin Staig set a new lifetime best of 2.07.71 to win the Men’s 200m Individual Medley with Ollie Taverner taking the Junior Title in 2.13.75. 13 year old Kaylee Dekker then claimed both the Senior and Junior Titles in the Women’s 200m butterfly in a new PB of 2.25.95. The final event of the morning was the Men’s 100m freestyle which saw Julian Chan Quee Lin comfortable take victory in a new Open Mount Kelly Record of 50.11 and Eddie Maddocks stole the Junior Title again in a new PB of 54.33.

In the Age Group finals, Mount Kelly again experienced a great deal of success winning 32 medals. A breakdown of medallists can be seen below:

Other Mount Kelly swimmers who made finals were: 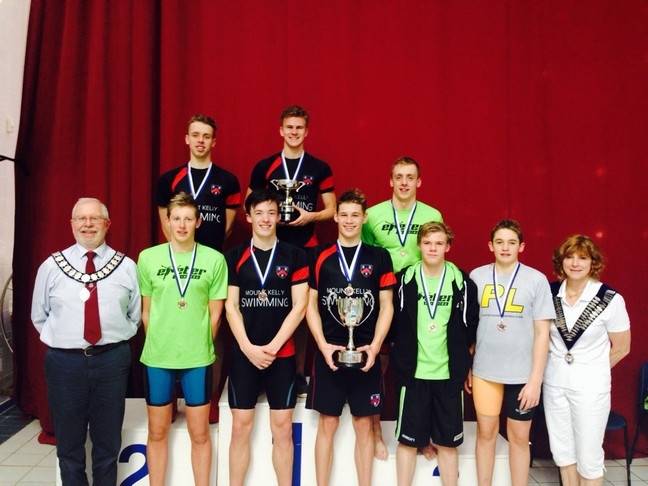