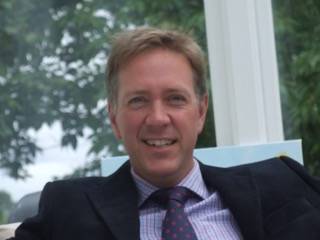 The Head Master and Governors of Mount Kelly are delighted to announce the appointment of Dominic Floyd to succeed Matthew Foale as the Head of Prep from September 2016. Following a rigorous selection process, Dominic was appointed from an exceptionally strong field of candidates and was the unanimous choice of the selection panel.
Dominic was educated at Worth School and the University of London, where he obtained both his Geography degree and PGCE. Following periods at Cothill House and Westminster Under School, where he was Head of Geography, Dominic was appointed as Deputy Head and Director of Studies at Polwhele House, before becoming Headmaster of Ashdown House in Sussex. He is currently Assistant Head at Hazlegrove where he and his wife, Maria, oversee the thriving boarding community of over a hundred boarders, and were instrumental in securing an outstanding ISI inspection report. They have three children and his interests include micro-adventure, hiking, tennis and golf.

“Dominic has considerable experience and an exceptionally strong track record. We were impressed by his instinctive understanding of Mount Kelly and his enthusiasm, but it was his commitment to educational excellence and pastoral care that stood out. We are very much looking forward to welcoming Dominic, Maria and their three children to the Mount Kelly community.”

“I am thrilled and deeply honoured to have been appointed as the next Head of Prep at Mount Kelly. It is a fabulous school with a very exciting future. I am looking forward to getting to know the children and parents as well as working together with Mark Semmence and all the staff. My wife and family are most excited about returning to the West Country and making Mount Kelly our new home.”