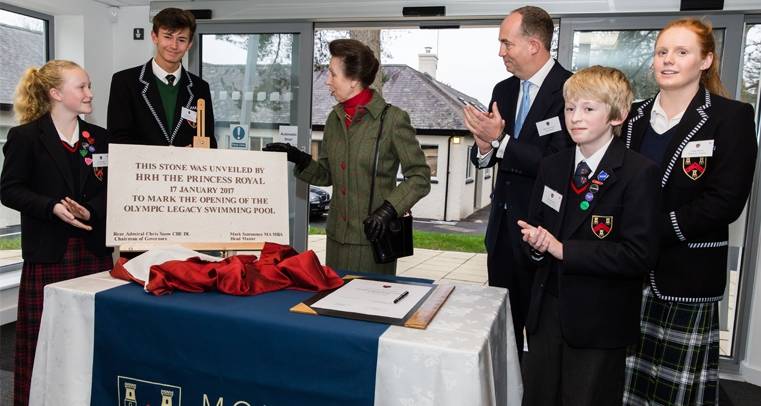 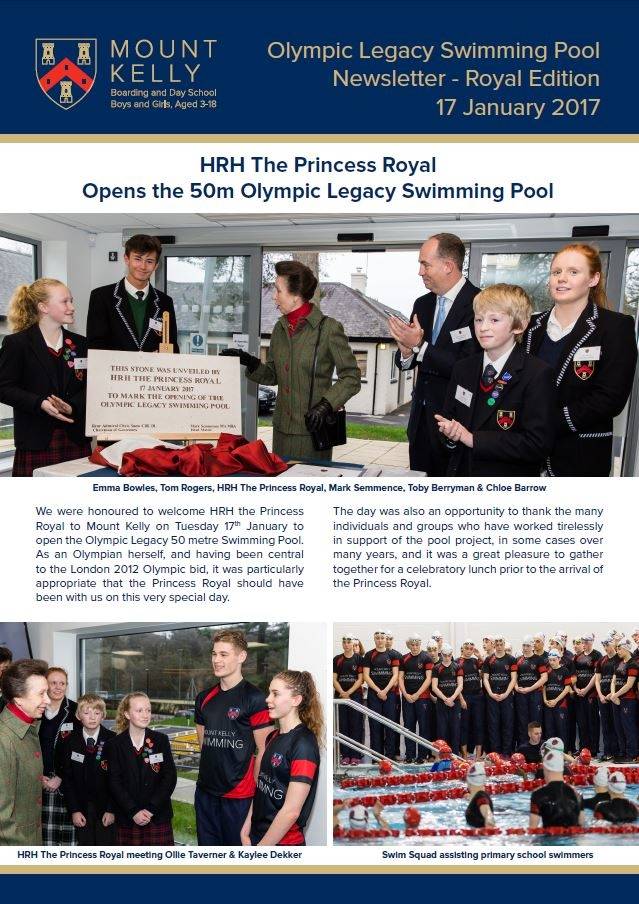 Mount Kelly was honoured to welcome HRH The Princess Royal to the School today to open the Olympic Legacy 50 metre Swimming Pool. Mount Kelly has a long tradition of excellence in swimming, and boasts 72 international swimmers, 17 Olympians and 6 Paralympians amongst its alumni, and has one Olympian currently at the School.

The success of British Swimming and the strength of the sport in the South West is all the more remarkable given the national shortage of 50 metre training facilities.

The 50 metre pool at Mount Kelly, built in partnership with Sport England thanks to £706k of National Lottery funding, opened in September and is already much in demand. In addition to training for pupils at the School it is also now used for long-course training by a number of other swimming clubs from across the South West and further afield. A significant amount of time is also available for community usage and for the popular national ASA ‘Learn to Swim’ programme for children.

The Opening Ceremony was attended by many swimmers who were pupils at Mount Kelly and who have achieved international success such as Sharron Davies MBE and Andy Jameson. Also Rio 2016 Paralympic Medallists Claire Cashmore MBE and Mikey Jones MBE; both awarded their MBE’s in the recent New Year’s Honours list. HRH The Princess Royal, who arrived by helicopter, enjoyed a visit to the new swimming pool which included a swimming display by local primary school children and members of the Mount Kelly swim squad. Before leaving, Her Royal Highness unveiled a commemorative plaque to mark the occasion.

The Head Master, Mark Semmence, commented that, “The successful completion of the pool project, within two years of the establishment of the Mount Kelly Foundation, is a significant achievement, and will bring enormous value not only to the School’s internationally renowned swimming programme, but also to our local community.” 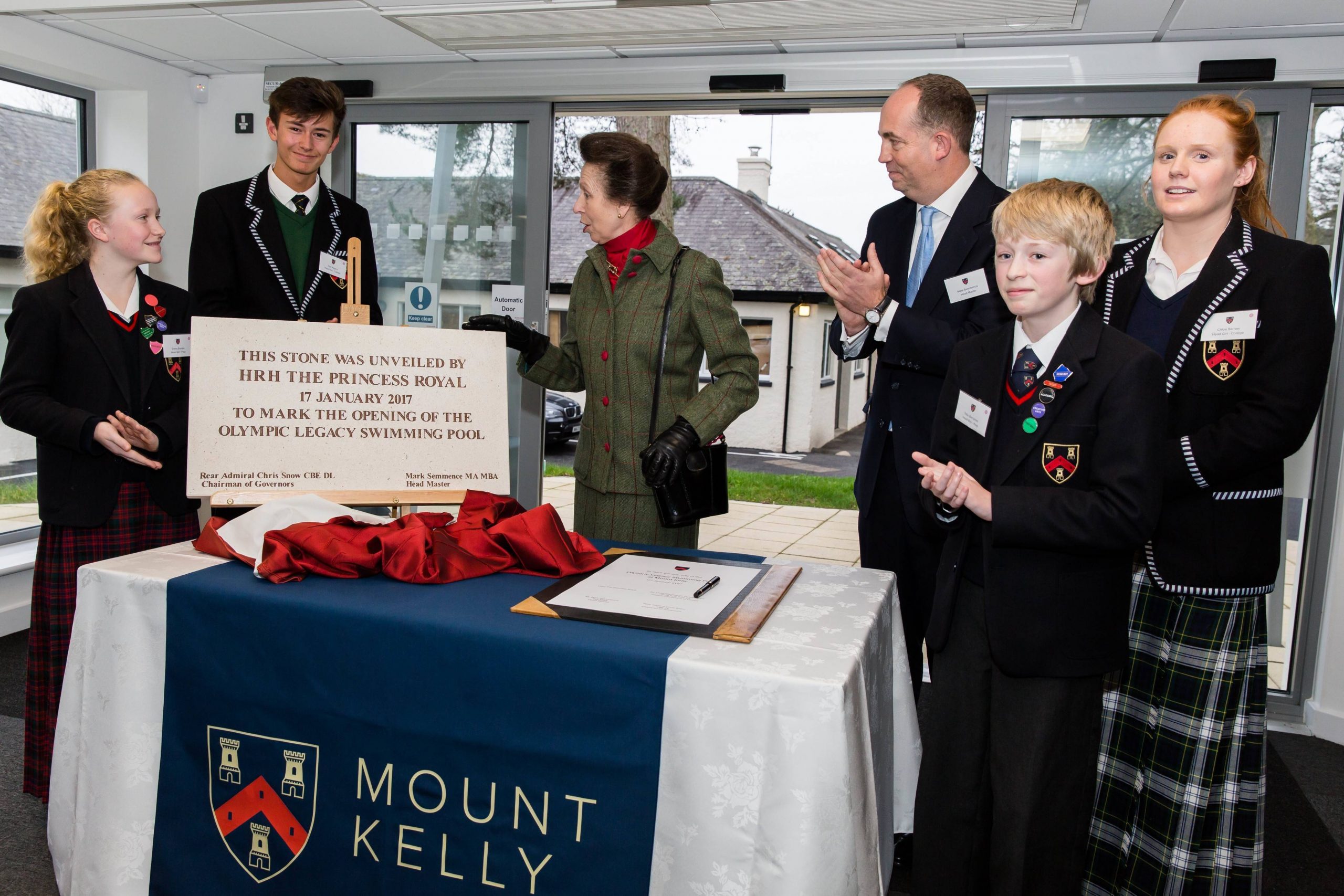 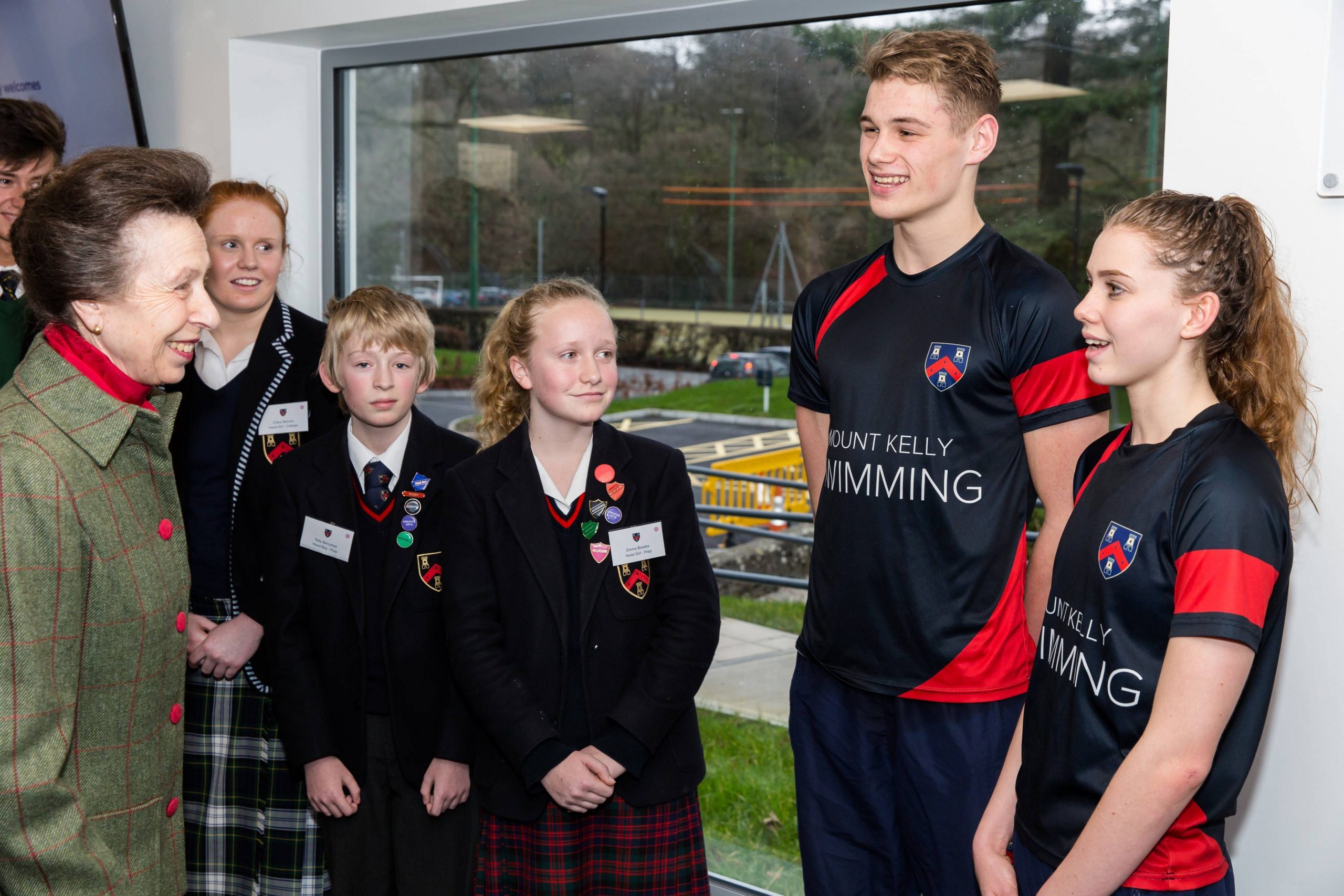 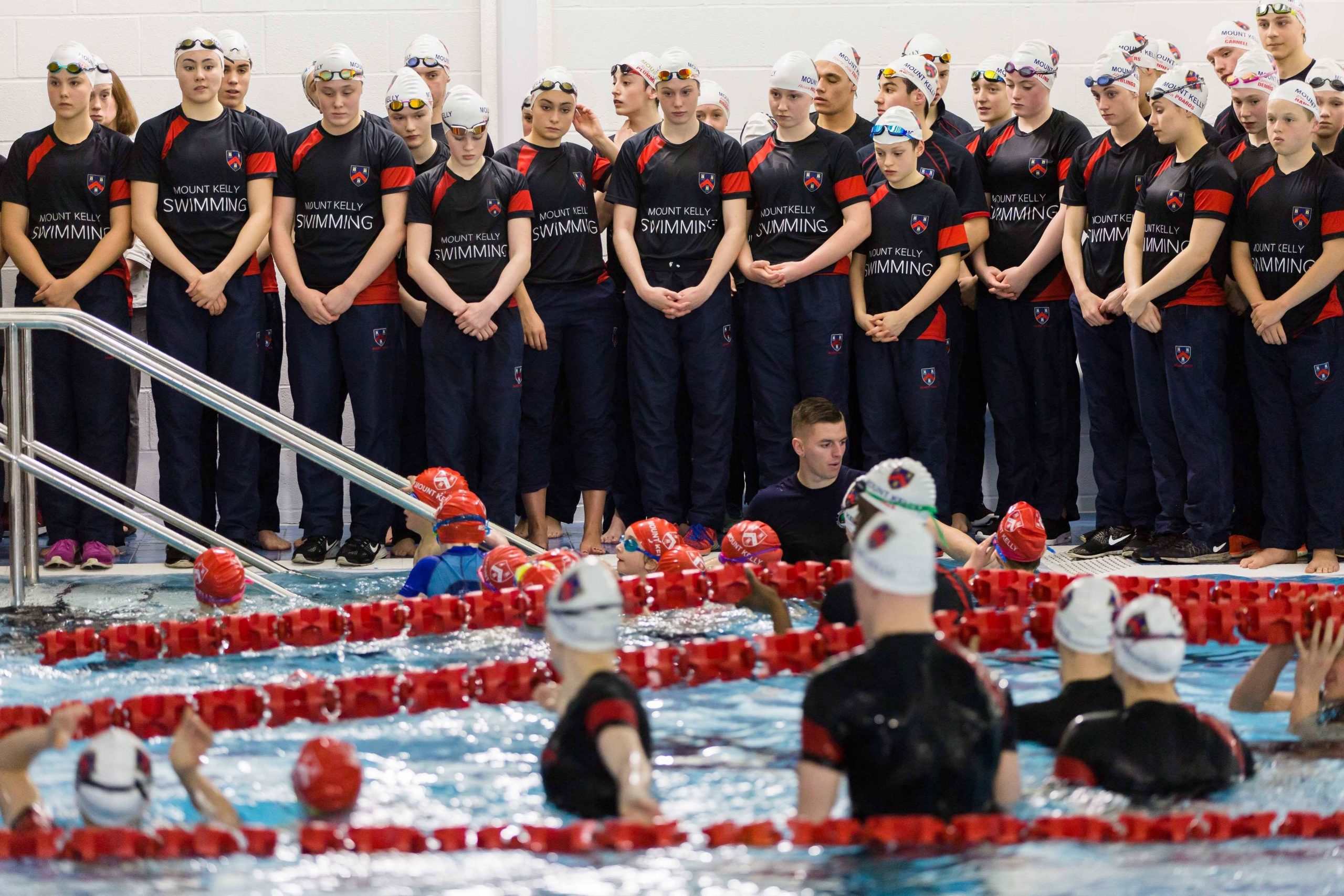 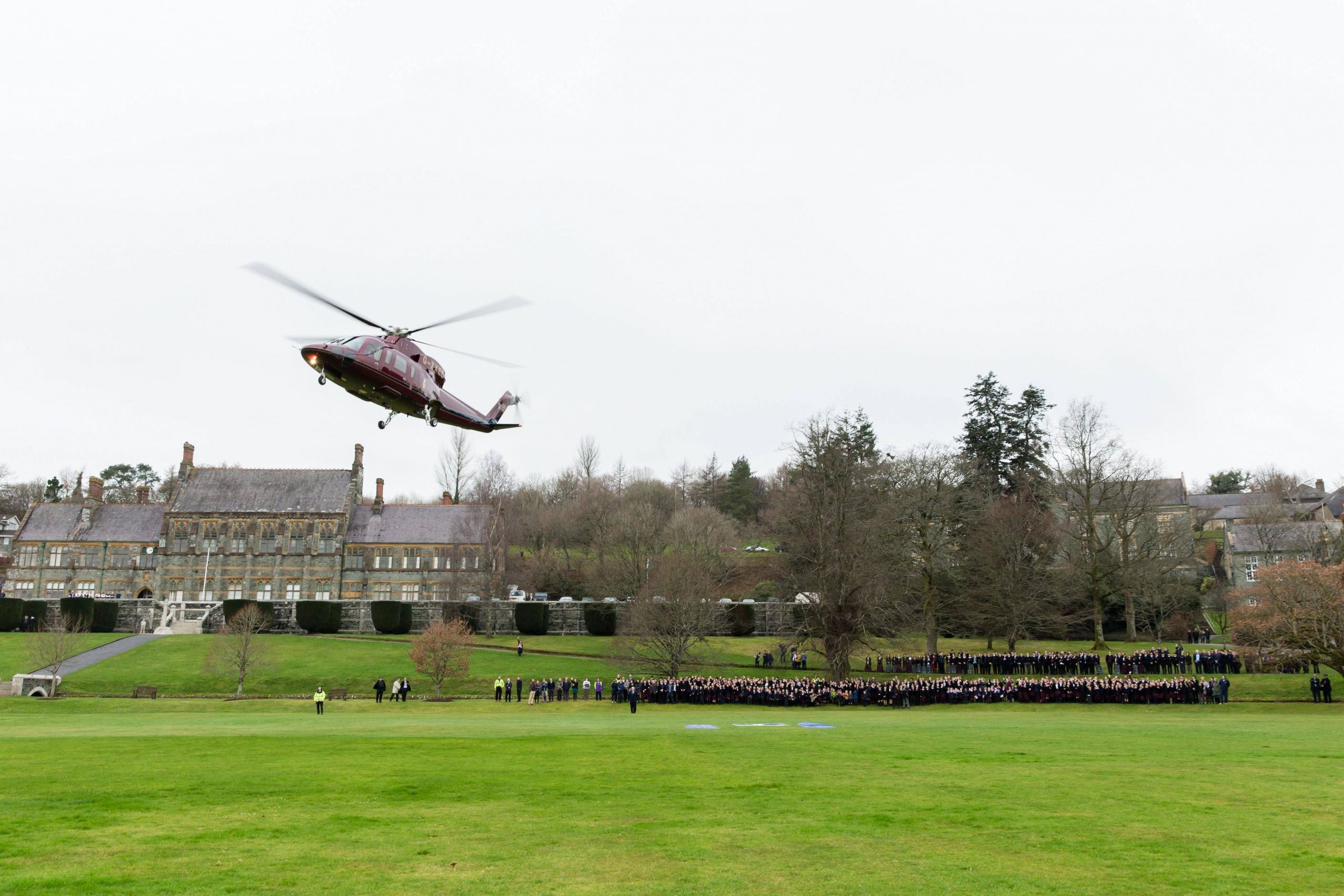