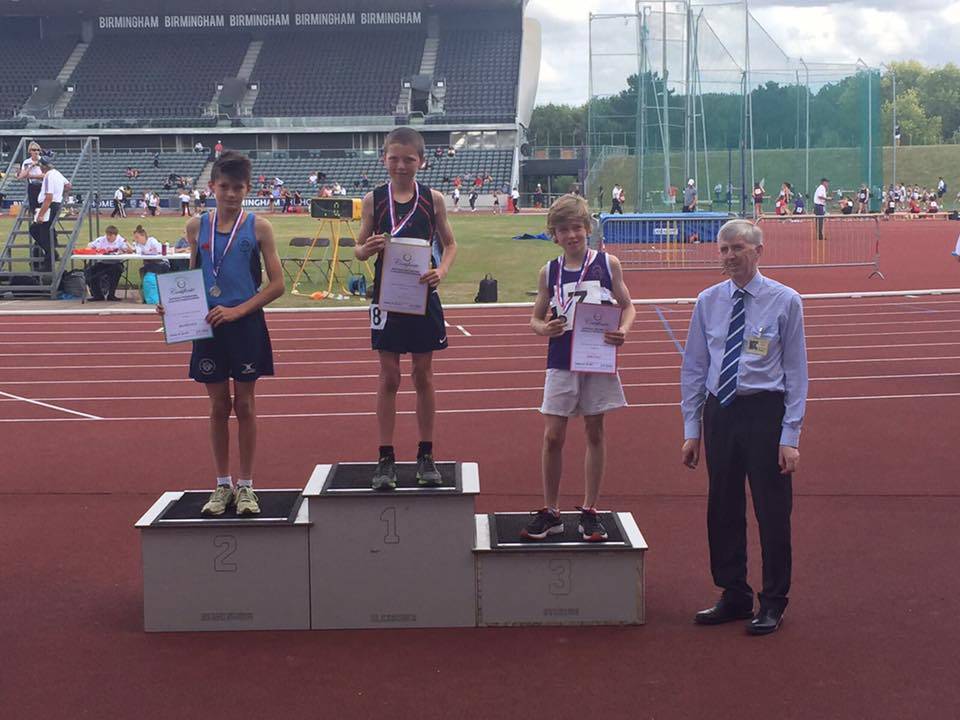 Upwards of 1,000 athletes attended the National Prep Schools Finals held at the Alexander Stadium in Birmingham, to compete in some 60 separate events. Some of our Mount Kelly athletes were part of Team Drake, and did very well either on the track or in the field; many of them they were competing on a National stage the first time and they were up against some very, very strong opposition.

Amongst some strong performances were:

In previous years we have had one or two podium finishes, this year, 2017, represents one of our largest haul of medals:

Ben Pitts: National Champion in the U14 Boys 200m

This was a fitting end to a season which has seen our athletes break a huge number of school records and gain local, county and national success.