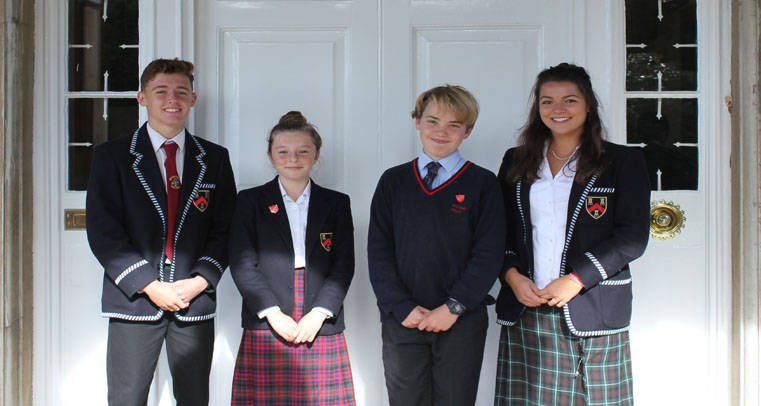 After a rigorous selection process in the summer, a Head Boy and Head Girl were appointed at the College and the Prep.  Pupils were invited to write a letter of application, which was followed by a series of interviews. We are delighted to introduce Richard Bennett and Olivia Banks at the College, and Finlay Barker and Niamh Bridle at the Prep. Their responsibilities include liaising between staff and pupils, acting as external ambassadors for the School and as positive role models to their peers.