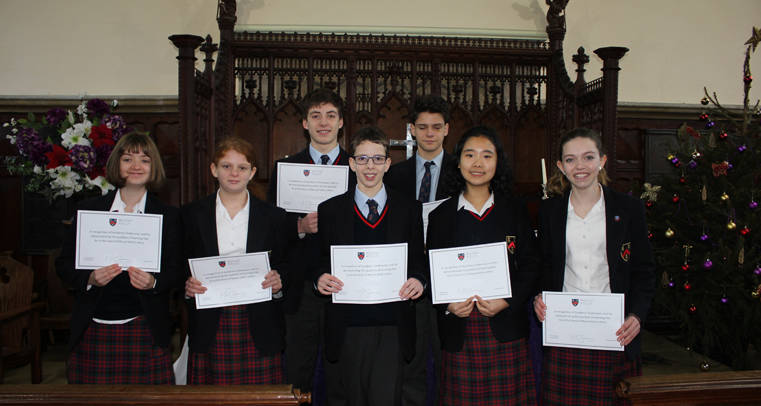 The final assemblies of the Michaelmas Term at the College and the Prep recognised the hard work and achievements of our pupils inside and outside of the classroom.

In a new initiative at the College, 14 pupils from Years 9-11 were recognised for Academic Endeavour. These awards acknowledge and celebrate those pupils who have demonstrated an admirable attitude to learning, and shown the academic qualities that Mount Kelly holds dear – pride in one's work, reliability and good organisation, active and enthusiastic engagement in lessons, reflectivity and intellectual curiosity.

Pupils at the College also received awards for the Senior Maths Challenge, Silver Duke of Edinburgh Awards, LAMDA, and colours for rugby, hockey and swimming.

At the Prep, pupils received prizes for attainment and effort in every class, as well as individual subject prizes and sporting colours and awards.  There were prizes for boarders and the house points winners were announced. Those pupils who completed the Millionaires Reading Challenge, to read over one million words this term, were also recognised and received a book prize.

More photographs of the Head Master's Assembly can be found on Facebook. 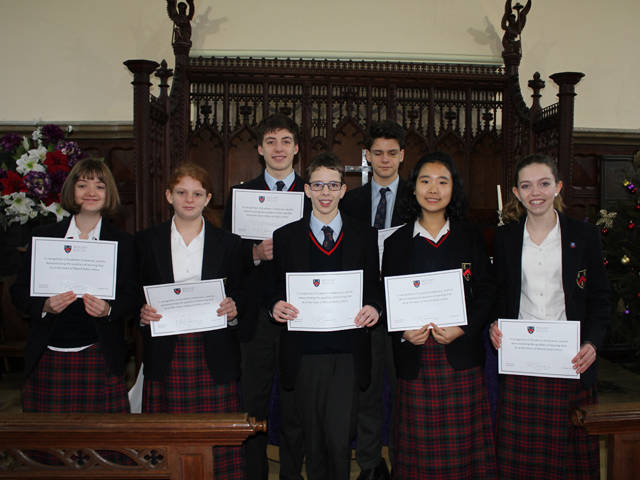 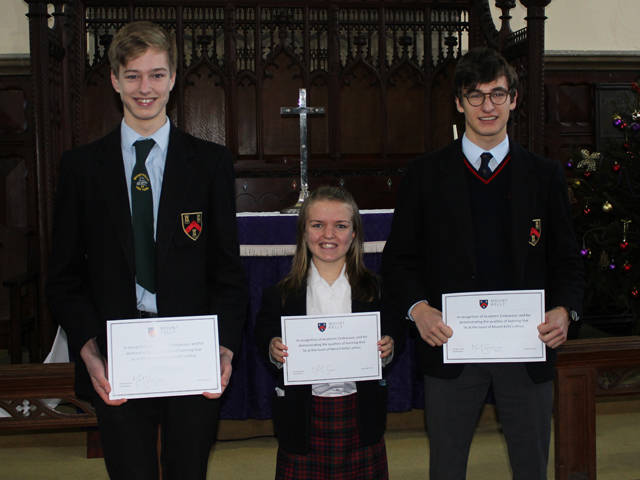 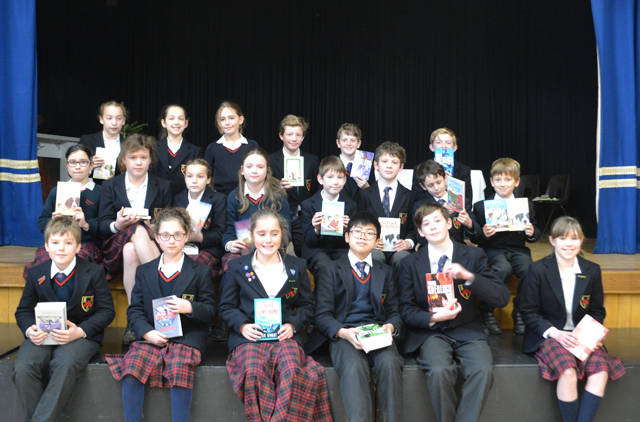