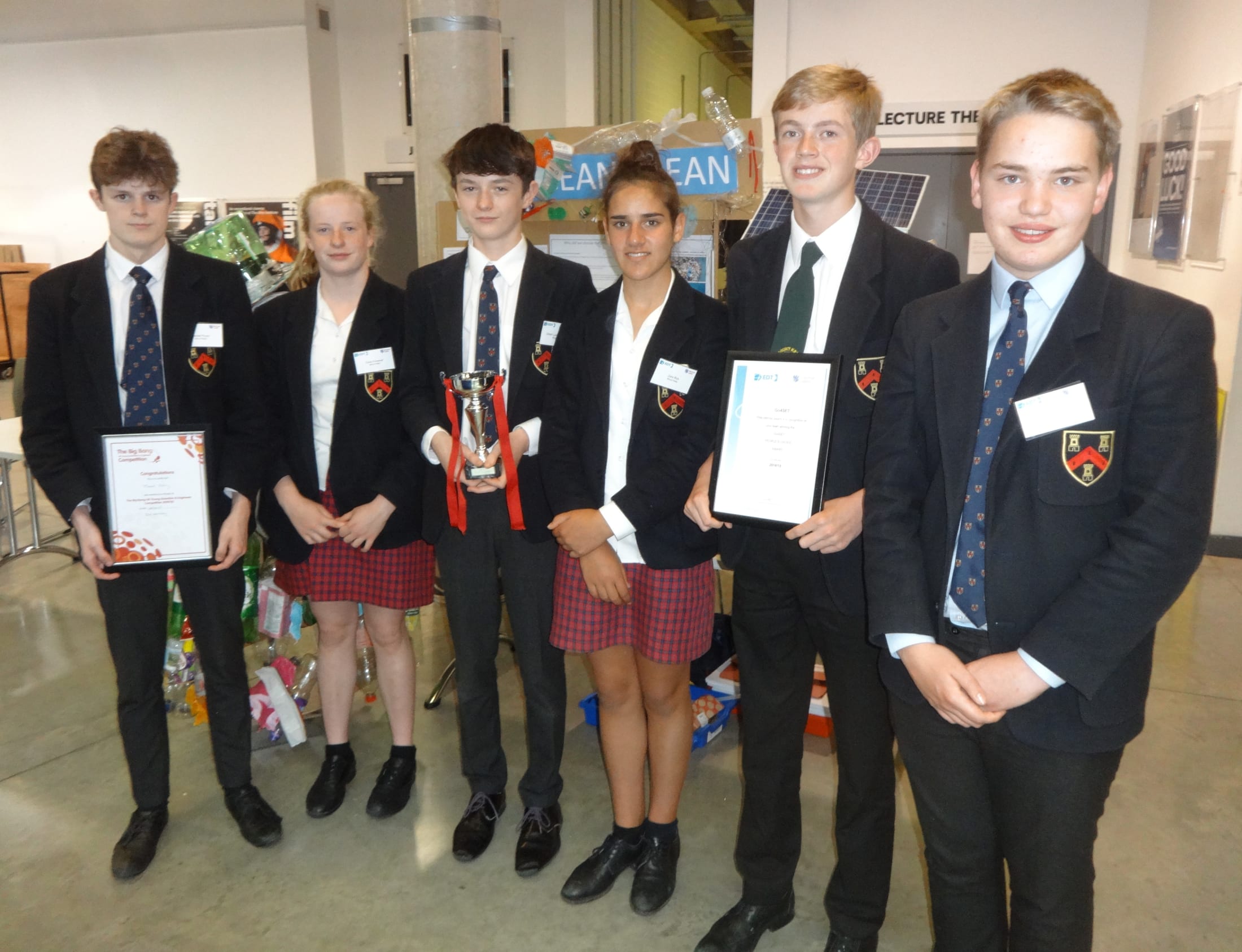 Six of our Year 9 pupils have participated in Go4SET this year, a rigorous national competition which encourages pupils to consider STEM related courses and careers in Science, Technology, Engineering and Mathematics.

The Go4SET brief was to research, design and model an idea for an eco-factory. To help tackle the problem of plastics in the oceans and food chain, Mount Kelly's team created Ocean Clean, using a decommissioned oil rig in the Pacific ocean where plastic waste is a particular problem.

Using the technology created by Cornish company, Ocean Clean-up, which has found a way to collect ocean plastic waste by using their own ‘boom’, Mount Kelly pupils created a system of collecting, cleaning, separating, shredding and exporting plastic pellets back to the mainland in conventional shipping containers. The team identified a growing market in ocean plastics, tapping into the needs of companies such as Adidas with their ocean plastic trainer, Swell sunglasses and the Electrolux vacuum cleaner casing.

With 20 South West schools exhibiting at the South West final, the quality of the models and reports was excellent. Despite tough competition and grueling judging, Mount Kelly's Ocean Clean won the Pupils' Choice award at this year’s final.

The project scored so highly that Mount Kelly is just one of two schools selected to represent the South West at the Big Bang National Final, which will showcase the work of the UK’s best young Scientists, Engineers and Designers.

In recognition of their work in the Go4SET scheme, all pupils have gained their nationally recognised, British Science Association CREST Silver Award. They have also gained their Bronze level Industrial Cadets Award, a scheme inspired by HRH Prince Charles to encourage pupils into STEM careers.