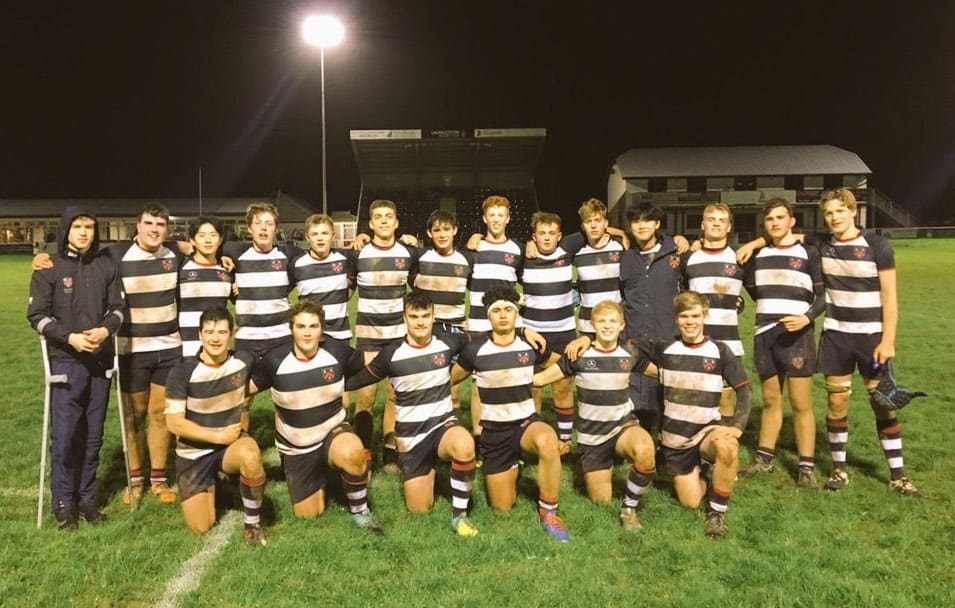 The 1st XV continued their fine run of form on Friday by defeating Truro School under lights at Launceston Rugby Club. In a physical encounter, Mount Kelly eventually pulled away to win 13-7 in an excellent game of schoolboy rugby.

With conditions perfect on a chilly November evening, the game kicked off at lively tempo with both teams looking to take advantage of the wide pitch. Despite Mount Kelly having several scoring opportunities, they were unable to score past a resolute Truro defence. After moving the ball well down the right-hand side Truro eventually scored after several short drives around the fringes to take the lead. Mount Kelly replied with some outstanding interplay between backs and forwards which allowed full-back Dominic to score from close range. The half time score was Mount Kelly 5-7 Truro School.

The second half saw Mount Kelly implement a territorial game brilliantly orchestrated by fly-half Harvey. This allowed the team to play in the right areas of the pitch, prevented Truro from threatening the Mount Kelly line and kept their back three under pressure with a well-organised kick chase. Despite some sustained pressure Mount Kelly struggled to string phases together with greasy ball and frustration threatening to creep in as the clock ticked over. With the line-out functioning well the Mount Kelly forwards started to use the maul to great effect and some further pressure meant Truro infringed at the breakdown which allowed Harvey to land a successful long-range penalty to take a one point lead with 15 minutes to go. Truro continued to use their big ball carries to good effect but the Mount Kelly defence stood firm and, with the game entering the final stages, Truro started to chance their arm by looking to move the ball wide. Winger Charles read the subsequent attack well to intercept and score in the corner from 20 metres out. With only the kick off to play, Mount Kelly was able to collect the restart and after several phases kick the ball out to seal a memorable – and much deserved – victory.

It was a great evening of rugby between two good sides. Endeavour, spirit and skill were on show from both teams and all players should be commended for their performance. The Man of the Match was awarded to Ryan.