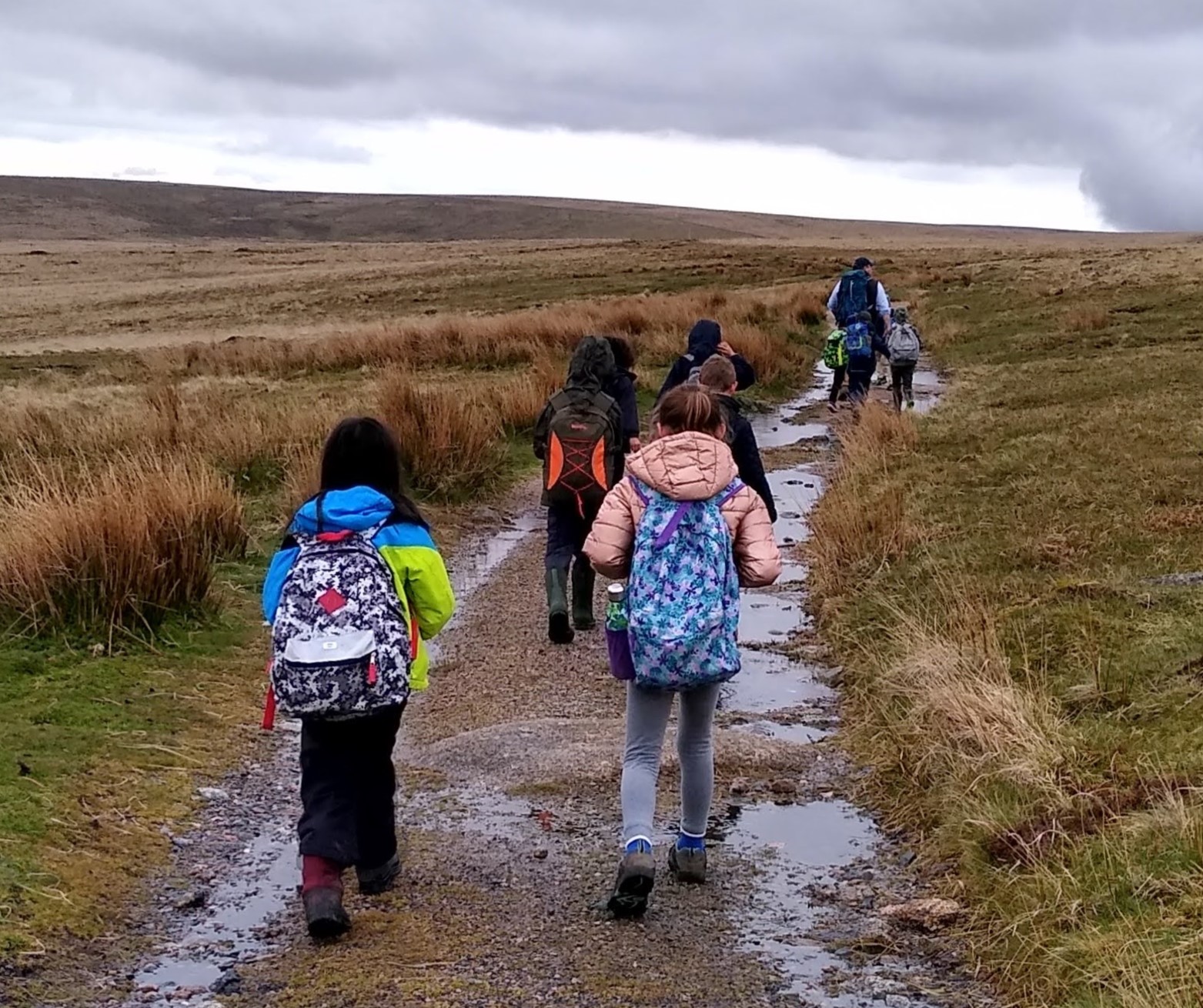 It was with a barely contained excitement that Year 2 set off for their long awaited and much anticipated LOTC Dartmoor Dragon Day. The children had been fully involved in the preparations including ordering their lunches, checking the first aid kit and ticking off the checklist to ensure nothing was forgotten! A range of exciting activities had been planned for, and much of our time in English and IPC has been used to build up to this adventure.

In IPC, we have used Google Earth to look at Nun’s Cross and the surrounding area. The Year 2s enjoyed identifying key features and making their own maps with a key and compass rose. They were able to recognise these key features whilst on the moor. In English, our imaginations went wild thinking of stories including the Dartmoor Dragon. The class told their stories huddled together at Nun’s Cross while s’mores warmed on the stove. The children enchanted Mr Thavenot with tales of dragons dealing with pyjamas that were too small, ‘Trash Man’ who was littering Dartmoor with filthy rubbish and the legend of how the Dartmoor Dragon appeared on our moor. We then found clues that even the dragon might have been outside listening – it was such fun!

Over an al fresco lunch, we invented some dragon-themed games which were played with gusto including the very popular Knight, Knight Dragon. We were very fortunate to be accompanied by Mr Thavenot who knows the area surrounding Nun’s Cross extremely well. He furnished us with historical and geographical facts and even located a stream containing newts.

It was a memorable and adventure packed day made even more special by the enthusiasm and superb behaviour of the Year 2 class.