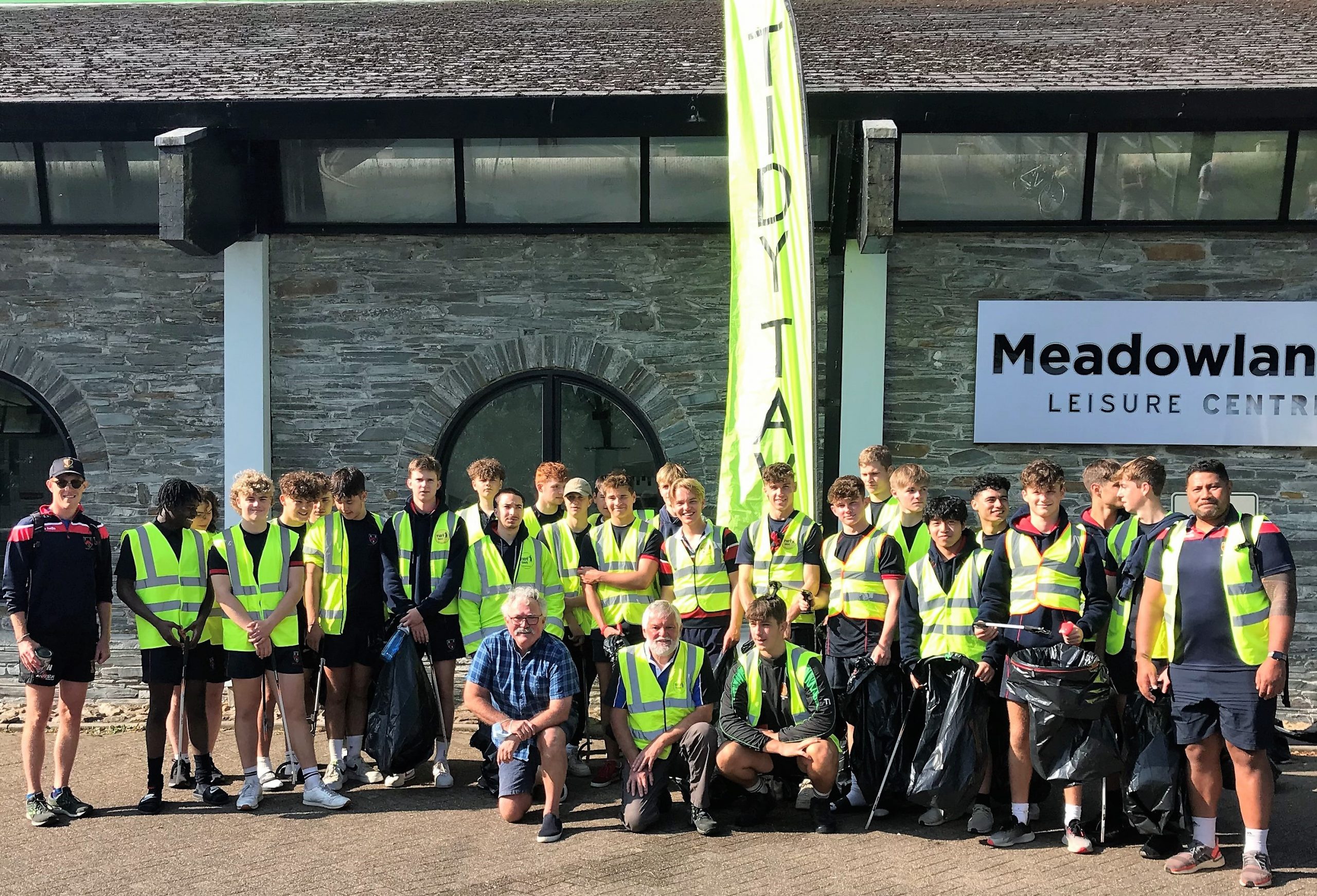 Tidy Tavi volunteers received some extra help during their monthly litter-pick on Saturday from 29 players from Mount Kelly’s rugby squad. Led by Head of Rugby, Pale Nonu, the team helped scour Tavistock for litter in a bid to tidy up before the arrival of cyclists, spectators and camera crews during the Tour of Britain on Monday.

Some members of the team, together with Pale’s young family, also helped clean up after the Tavifest music event of the previous week. Tidy Tavi organisers, Jeff Moody and Steve Hipsey, thanked the boys for their enthusiastic support and wish them the very best during the upcoming season.