34 Mount Kelly Swimmers took part in the 48th International Open Meet in Geneva this weekend and were on winning form. 54 Clubs from all over Europe and the USA were in attendance for the 3 day competition.

With an array of talent in the pool including European and Olympic Swimmers it was always going to be a difficult task for Mount Kelly from Devon to take on the might of some of the very big hitters… but hit back and hard they did. Mount Kelly’s Julian Chan Quee Lin mixing it with Brian Toomy from the USA a former Olympic 100m Freestyler, Julian managed to clip his wings in the 50m freestyle skins event beating him in one of the opening rounds.

Time after time the Mount Kelly swimmers stepped up to take on a very experienced and highly competitive field. Swimming with confidence beyond their years the team worked their way into contention on the overall Top Team award, winning 5 gold, 5silver and 7 bronze medals and backing up with even more vital points with 14 further finalists ranging from 12 years through to 17 years old.

With two National Teams in attendance Swiss Swimming and Austria Swimming this was a huge boost for the Mount Kelly Team so early on in this important pre Olympic year season. Director of Swimming Robin Brew commented “ Our swimmers proved they have the ability to compete at an international level, this is testament to the incredible work and commitment the swimmers put in and also the amazing support and assistance the school provides to help us achieve the sometimes seemingly impossible. This was a great result for us and my thanks goes to everyone involved in making this happen”. 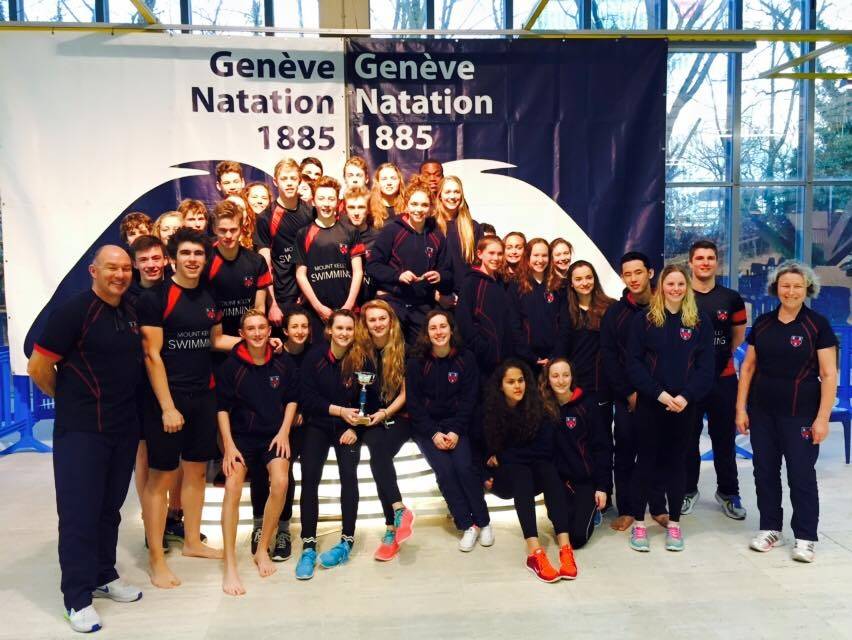