The school has four Virtual Houses: Brunel, Fry, Hepworth and Scott and are named after inspirational, historical people. Virtual Houses are different to Boarding Houses.

Two Year 8 and two Year 13 pupils are selected as House Captains and help lead the House with a team of passionate and partisan staff.

We ensure that Houses are balanced in terms of sporting, musical and academic ability. It is our intention, that everyone supports one another within each House and forms another pastoral filter for the children.

We believe strongly in healthy competition and the sense of belonging. Every child is allocated a House when they join the school at the Harry Potter style ‘Sorting Ceremony’ at the beginning of the school year. This is a wonderful occasion where each new pupil is welcomed into their chosen House with open arms.

House Points are won by pupils throughout the term for academic progress and effort, good citizenship and House assemblies. Competitions ranging from Sports Day and core sports, Scrabble, Chess, debating, the General Knowledge Quiz and the Swimming Gala also contribute points to the House Cup which is awarded at the end of each term. The winning House celebrates their victory with the fine and very much coveted House Feast!

Who are our Houses named after? 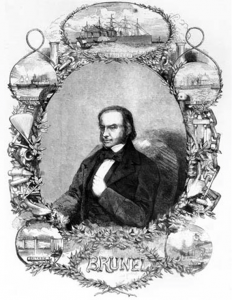 Isambard Kingdom Brunel was a famous engineer. He built bridges, tunnels, railways, docks and the world’s biggest ship. He showed the world what engineers could do and his work meant that people could travel and trade in a new way.

Brunel was born in Portsmouth in 1806 and lived at the time of Britain’s Industrial Revolution. He died in 1859.

By 1830, steam railways were being built all over Britain.

In 1831 Brunel was chosen to build the Clifton Bridge over the River Avon at Bristol. It is a suspension bridge, and very high so ships could sail under it.

In 1833 Brunel was made chief engineer for the new Great Western Railway. 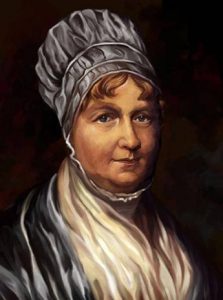 She was sometimes known as the ‘Angel of Prisons’ as she believed that even prisoners should be treated with kindness. Elizabeth visited many dangerous prisons and was a very brave reformer.

At the age of 18 Elizabeth took an interest in the poor, the sick and the prisoners. She took clothes and food to the poor, visited those who were sick and started Sunday school for children.

Elizabeth visited Newgate Prison, the worst prison in London. She was horrified by the conditions. Children were locked up with murderers just because their mothers were in prison. The cells were small and dirty and women and children slept on straw.

Elizabeth inspired others by her example and became a role model for other women. Thanks to her, prisons became better places.

Elizabeth died from a stroke on 12 October 1845 in Ramsgate, Kent. Over 1000 people stood in silence during the burial. 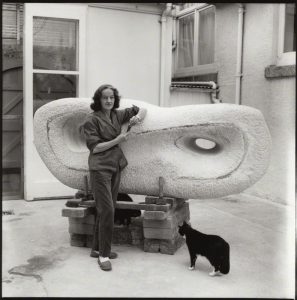 Barbara Hepworth was born in Wakefield, Yorkshire on 10 January 1903.

She was an artist and sculptor of large, abstract works.

The Barbara Hepworth museum and sculpture museum was opened in St Ives, Cornwall in 1976 by Hepworth’s family.

The museum has been owned and run by Tate since 1980. It contains the largest group of Hepworth’s works, permanently on display at Trewyn Studio and garden where she lived and worked from 1949 until her death in 1975.

She was one of the few female artists of her generation to achieve international prominence.

Hepworth was a leading figure in the colony of artists who resided in St Ives during the Second World War. 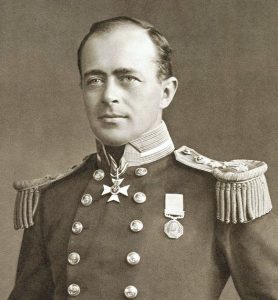 He led two expeditions to the Arctic regions, the Discovery expedition and the Terra Nova expedition.

On the first expedition, he set a new southern record by marching to latitude 82°S and discovered the, Polar (Antarctic) Plateau on which the South Pole is located.

On the second venture, Scott led a party of five which reached the South Pole on 17 January 1912.

On their return journey, Scott’s party discovered plant fossils, proving Antarctica was once forested and joined to other continents, unfortunately he and his men (Wilson, Bowers, Evans and Oates) all tragically died trying to return to their ship, the Terra Nova.