The U14’s had an impressive run at the Devon Schools Finals this week. Drawn in their group was South Dartmoor College, Ivybridge College and West Buckland.

This first game started off at a slow pace for Mount Kelly and they let in a soft goal within the first few minutes though some sloppy defending, this was soon increased when South Dartmoor worked a quick short corner routine into the back of the net. Mount Kelly woke themselves up in the second half and played some much better pass and move hockey.
This was finally rewarded at the end of the game with a slick short corner routine, converted by Jacob Staig. Mount Kelly ran out feeling much more confident for their second game against Ivybridge College and won the game in convincing fashion 2-0. Goals coming from Olly Allsop and Freddie Williams. Mount Kelly’s third game would decide who went through to the next round and Mount Kelly started off the much slower conceding an early goal to the delight of the opposing team. This was soon cancelled out with a reactive move from Lachlan Fulton who put Jacob Staig through clear on goal which he converted with ease meaning Mount Kelly went through on goal difference.

Mount Kelly met a physical Blundell’s side in the semi-final and held them to the final 5 minutes however a lack concentration led to two soft goals and Blundell’s went through to the finals. 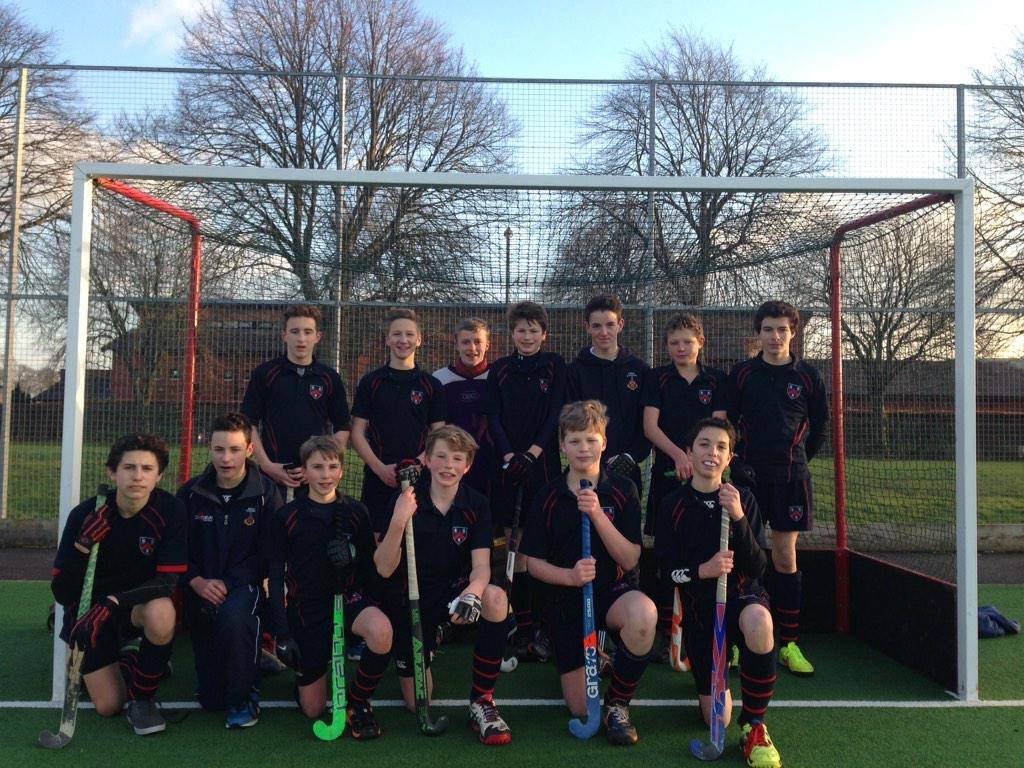