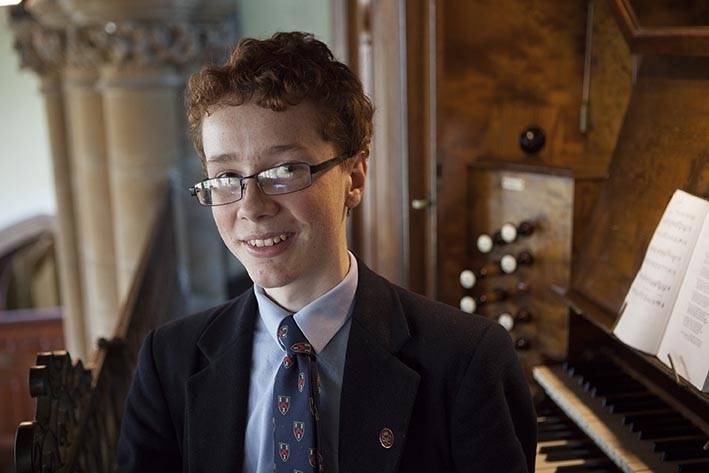 Thursday 26th March saw the inaugural instrumental competition at the College for Years 7-13,  in which 23 performers played 27 pieces in three categories. The Year 7s started proceedings and performed on instruments ranging from the violin to the cello, and there were a number of brave performances in front of a packed Melvin Hall. Despite more than one show-stopping moment, it was Marcus Coleridge who won the section, playing Rusalka’s Song to the Moon on his trumpet. Next to take to the stage were the Year 8 and 9s who played pieces ranging from a perfectly executed Grade 1 flute piece, via a really confident and exciting rendition of a Grade 5 piano piece, to an astonishing slide guitar piece. However, it was Carys Twyman who received the chocolates in this section for a sparkling performance of the exciting piece With a Hint of Lime on her flute. Lastly, the audience enjoyed the Senior Section where every performer could have won, making it a really hard job for the judge, Mr Trevor Ryder. Trevor is a guitarist, singer and musician but also former Head of Geography and Director of Studies at the School. In the end, he judged Freddie Shere’s scintillating, furiously fast yet expressive, performance of A l’espagnol to be the best performance, winning Freddie a box of chocolates too. Mr Ryder also awarded a “judge’s special commendation box of chocolates” to Leo Lee for the entertainment value of his slide guitar piece. Finally, Freddie was also awarded the new Instrumental Competition Cup for being the best performer of the morning.