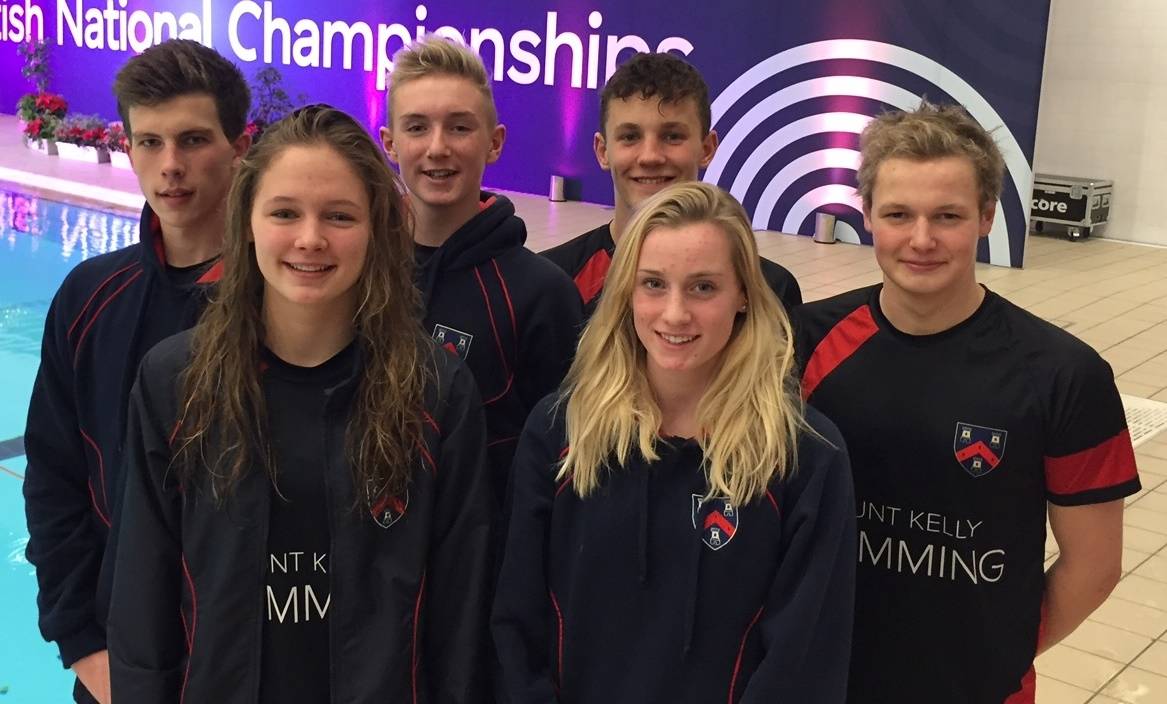 On 11-13 December, eleven Mount Kelly Swimmers headed north for the Scottish Senior (Short Course) Swimming Championships in Edinburgh to take on some of the best swimmers in Europe. The Belgium Olympic Squad were competing along with the likes of Scottish Breaststroke superstars Ross Murdoch and Michael Jamieson. With 42 personal best performance times, 9 finalists, one new Mount Kelly senior record and 15 new age group records, Mount Kelly swimmers made a very positive impact on these early season championships.

It was 16 year old Alex Seymour who was first up for Mount Kelly. Alex swam a lifetime best in the final of the 200m Backstroke to set a new Mount Kelly senior record  in 2.02.34. Alex was on great form all weekend and produced a string of best performance times qualifying too for the final of the 400m Individual Medley in 4.35.06. Alex also set a new age group record in the 200m Fly (2.08.37).

15 year old Molly Peters set a new age group record in the heats of the 100 Breaststroke (1.12.87) to qualify for her first ever senior final. Molly replicated this also in the 50m Breaststroke finishing 2nd in the B final and breaking a long standing Mount Kelly age group record (33.42).

17 year old William Luckham-Down produced a big break through swim in the 100m Freestyle to establish a 2 sec PB (53.13). Will led from start to finish in his heat, touching out some of Scotland’s finest young sprinters. Will also produced another great PB in the 100m Individual Medley (61.47) and the 50m Breaststroke (30.83).

16 year old Andy Paige was on record-breaking form, smashing his PB by 6 seconds in the 200m Breaststroke (2.22.63) qualifying for the final and setting a new Mount Kelly age group record. He also improved his 400m Freestyle (4.16.11) by 7 sec, by 2sec in the 100m Breaststroke (66.34), by 7 sec in the 200 Individual Medley (2.10.81). Andy had a clean sweep of eight swims and eight best performance times and came away as Mount Kelly’s most improved swimmer of the championships.

16 year old Michael Alcorn set a new age group record in the heats of the 50m Breaststroke (29.99) to qualify for the final where he improve his own record again in a terrific swim to finish 4th (29.80). Michael swam 6 events over the weekend and established 6 new best performance times.

Edinburgh was a great experience and our congratulations on some remarkable swimming. 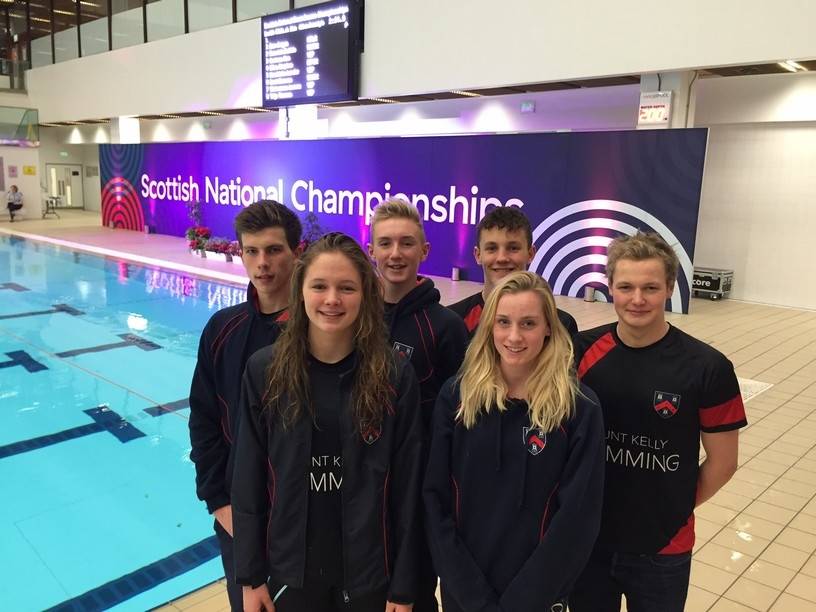 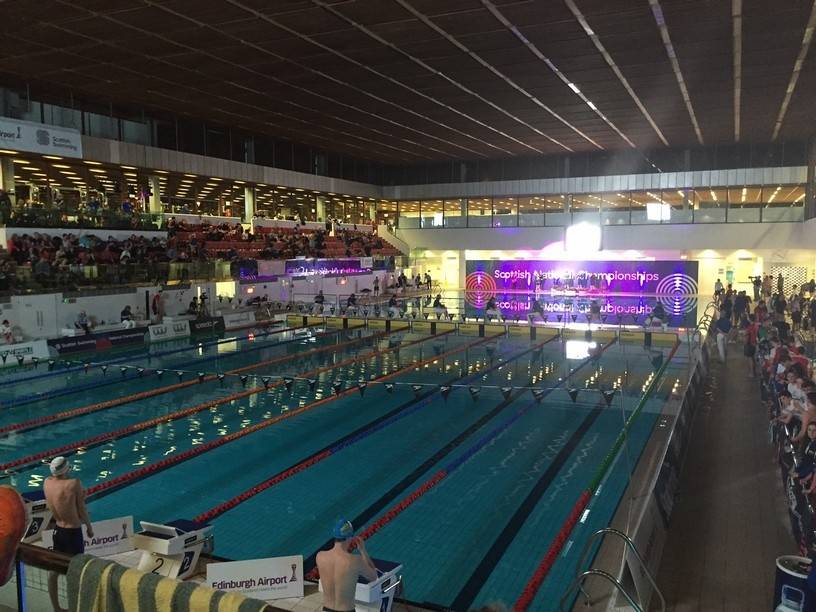 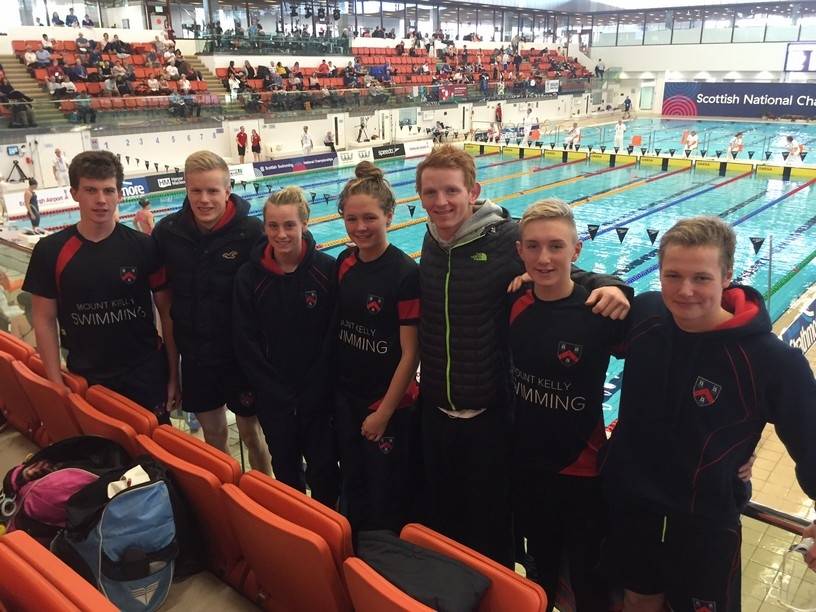