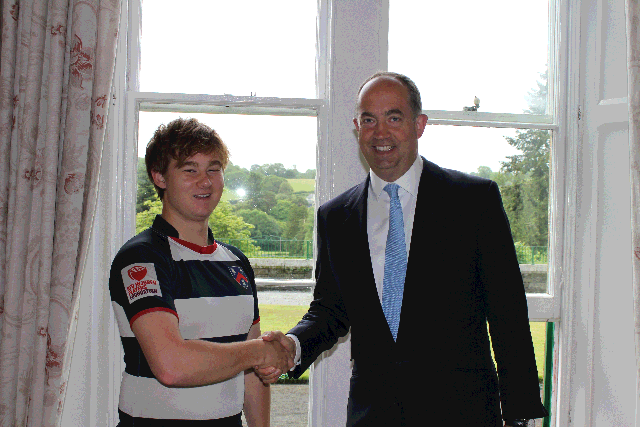 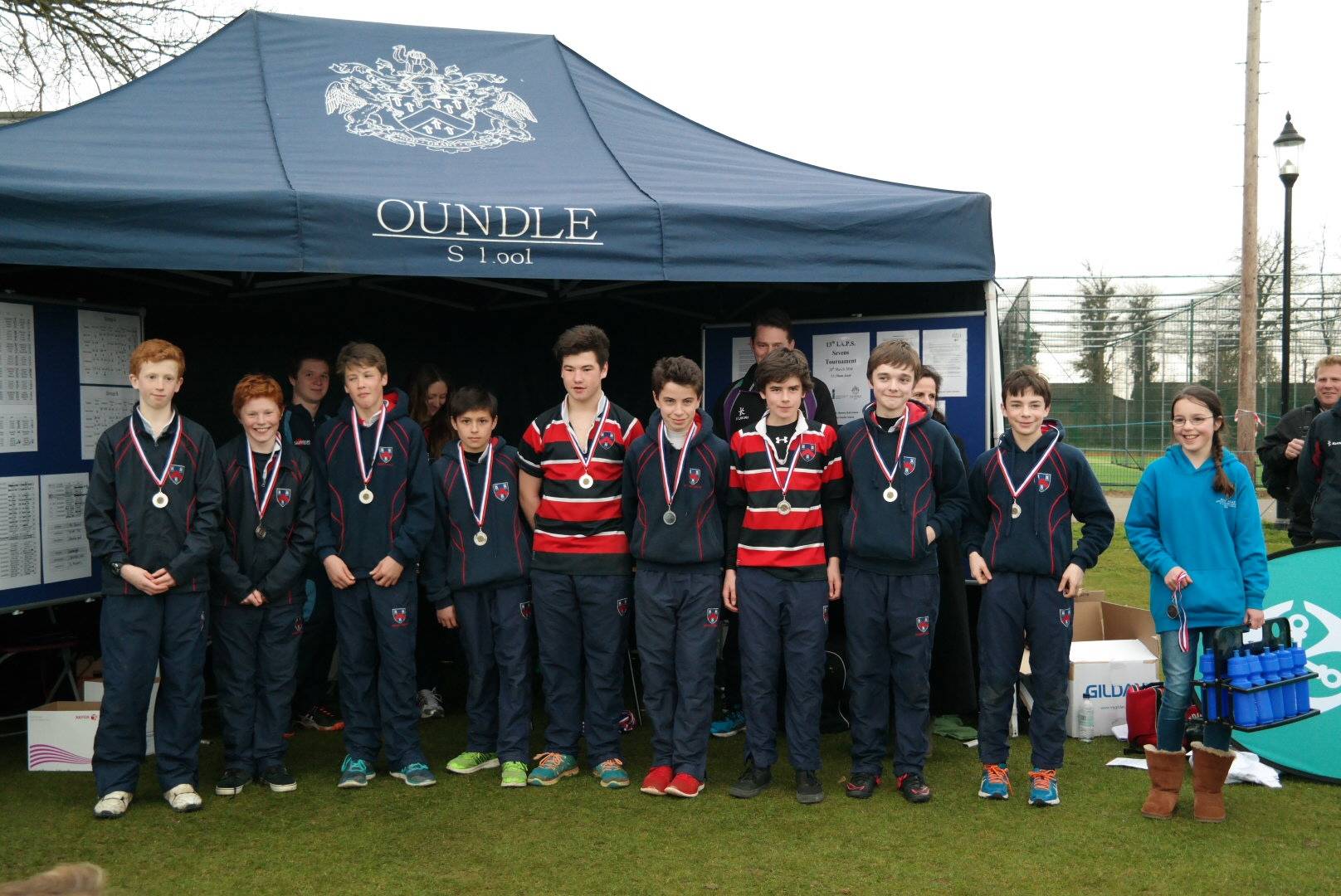 Rugby U13 Sevens IAPS Tournament at Oundle, 2016
Mount Kelly are Cup Runners Up

24 teams entered this year’s small school sevens tournament at Oundle, all intent on representing their school to the best of their ability. Mount Kelly were no exception and the players raised their game significantly to challenge schools from across the UK.

1.    First up for Mount Kelly, St Michael’s (Jersey) The team started impressively playing an expansive game that stretched our opponents wide. Isaac Day benefitted on 3 occasions scorching down the flanks and further scores came through Joseph Du’Gay and Finn Taylor-May to set up a comfortable opening victory (W31-7)

2.    The next pool game against Spratton Hall (Northants) and the team continued to spread the ball, probing the opposition defence for weaknesses before spreading the ball wide to the ever alert Isaac Day who scored his second “hat trick” of the afternoon. Further scores came through Joseph Du’Gay (2) and Finn Taylor-May. (W32-7)

3.    Wellesley House (Kent), provided the competition for our third match. Mount Kelly by now displaying an awesome press defence allowing our opponents very little opportunity to break and Jasper Oursin amongst others forcing a stream of turnovers in contact. Our speedsters were once again to profit, with tries through Isaac Day (2), Ben Pitts (2) and Alex Brijnath. (W33-7)

4.    The final pool match pitted us against the strongest team in the group, Horris Hill (Berkshire) Harder to break down, the team altered their style of play intelligently to attack more directly around the edges of the break down. Isaac Day would be the first to benefit and 2 powerful runs from Finn Taylor-May allowed the team to progress to the Quarter Finals as top seeds. (W17-5)

Quarter Final:    Having scored 19 tries in the pool stages and conceded just 4, the team were high in confidence for the Quarter Final with Tower House (London) Quickly into their stride the team used their skills to attack through a variety of different strategies. Powerful runs led to 2 scores by Finn Taylor-May, whilst continued phases of possession and skilful handling also provided a number of tries out wide for James Elderfield (2) Isaac Day and Joseph Du’Gay (W38-0)

Semi Final:    Now into the business end of the competition, Witham Hall (Lincolnshire) provided the final hurdle to a place in the final. Mount Kelly, now fully utilising the skills that they had developed throughout the season went about the task with a steely determination. Strong in the tackle and first to the loose ball, Crispin Newman and Jackson Sealey starved the opposition of ball. Man of the tournament Isaac Day would be first to score after a perfect switch move with James Elderfield in front of the opposition’s posts. Finn Taylor-May added a second, but our opponents pulled one back to heighten tension amongst the on-lookers. The match was sealed by Ben Pitts, using his speed to score and secure victory (W17-5)

Final:   Our opposition were Sedbergh (Cumbria) who proudly boast 40 school boy Internationals in the last 10 years and had won the tournament in 2015. Most that watched this match would agree to witnessing another school boy International, sadly on this occasion, he was not wearing the blue, red and white of Mount Kelly. It was not that the team could not tackle him, simply that they could not get close enough to touch him. The Mount Kelly team continued to play wide expansive rugby with the ball in hand, making several clean breaks only to be denied by the “exocet” who was also their sweeper. (L0-26)

By far and away this tournament saw our best set of performances of the season. The Mount Kelly team played with both skill and style, reaching the highest finishing position of any side to represent the School and provide a thrilling climax to an excellent season. Well done, boys!