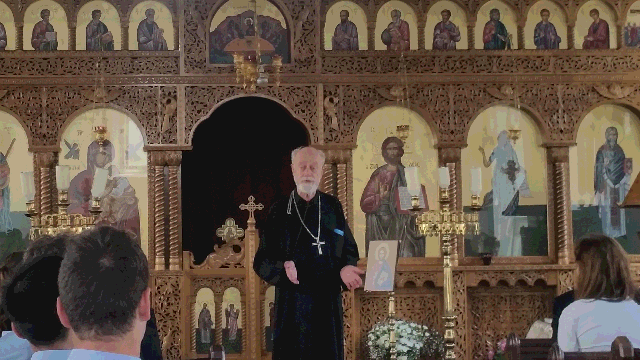 The Year 9 pupils enjoyed a particularly spiritual day on the RS trip to Plymouth on Tuesday 20 June, visiting a synagogue, mosque, Greek Orthodox and Baptist churches. They met and spoke to the religious incumbents, and gained a deeper appreciation of the various faiths and of the cultural religious diversity of Plymouth.

At Plymouth Synagogue they heard about the practicalities of the Jewish faith and looked at various Jewish items such as a yad and the bema seat. At Piety Mosque they learned about Islam and Muslim traditions, with an excellent question and answer session with the Imam during which the pupils asked very insightful and challenging questions.

They studied the many and various religious icons at the Plymouth Greek Orthodox Church and finally visited Mutley Baptist Church where they learned how Baptists interpret Christian life. The pupils were invited to stand in the dry baptismal pool, which was big enough to hold 25 of them! 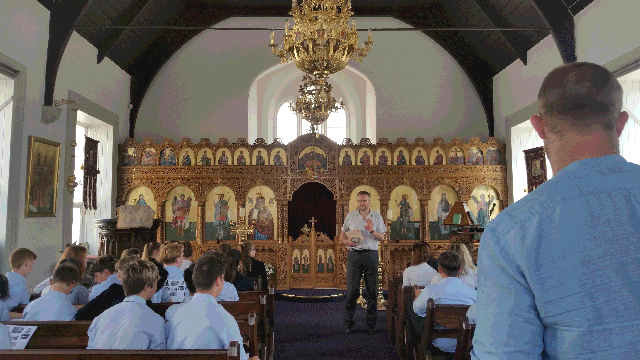 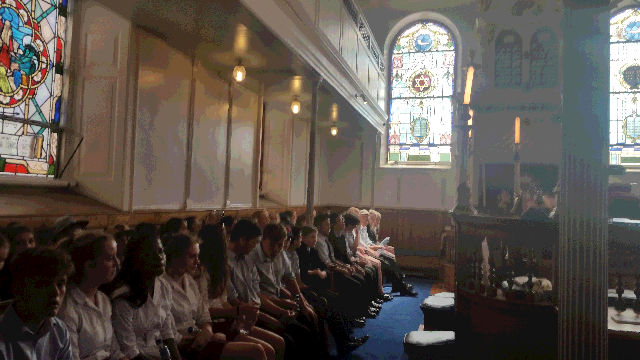