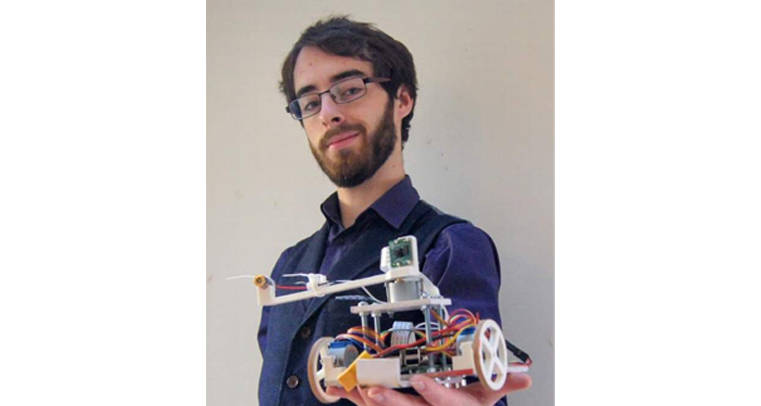 A TAVISTOCK graduate beat 6,000 of the brightest minds in Europe to win the prize of best computer science student for his invention of a low cost robot in The Undergraduate Awards 2017.

Sam Martin, a former Mount Kelly and Tavistock College student, designed a robot — nicknamed Sprinkles — which creates 3D maps of its surroundings and cost Sam under £100 to build.

Sam said: ‘I wanted to prove  you don’t need super-duper hardware or a PhD in electronic engineering to make a robot from scratch and get it to do some pretty amazing stuff.’

Using a 3D printer, with a Raspberry Pi single-board computer on board, Sprinkles moves through its environment firing a laser,  at an angle, to produce measurements that create the 3D maps.

Sam added: ‘Sprinkles can be used in a wide variety of industries, includ-ing disaster recovery.

‘Its low cost makes it ideal and safe for exploring a collapsed building. Mounting it onto a drone enables it to map the land and sea from above.’

Sam invented the robot during his computer science degree at Cardiff University.

‘I was truly shocked and amazed to find my project was shortlisted for the global Undergraduate Awards. I have never been good at papers or essays but I have always been passionate about making and inventing things.’

Pitching his invention against over 6,000 of the brightest minds from across the world, it was anonymously assessed by a panel of international academics and industry leaders, who judged his submission as the best on the continent and named him computer science winner in Europe.

He will receive his award at the Undergraduate Awards Global Summit in Dublin in November, with other winners.

Dr Brenda Cullen, executive director of The Undergraduate Awards, said: ‘It is an immense achievement for undergraduate students to benchmark their work globally.

‘To be recognised for their creativity and innovative approach within their discipline can only propel them to become global thinkers and potential change-makers.

‘We are very appreciative of the support of the global academic community who work closely with The Undergraduate Awards to identify these impressive students.’

Michael D Higgins, president of Ireland, said: ‘The Undergraduate Awards celebrates original, creative thinking among students and the world’s need for such critical capacity has never been greater.’ 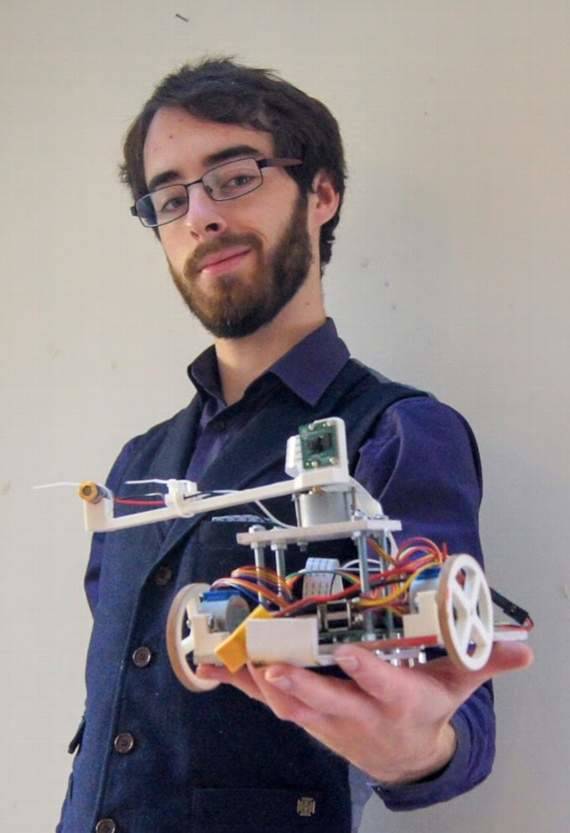