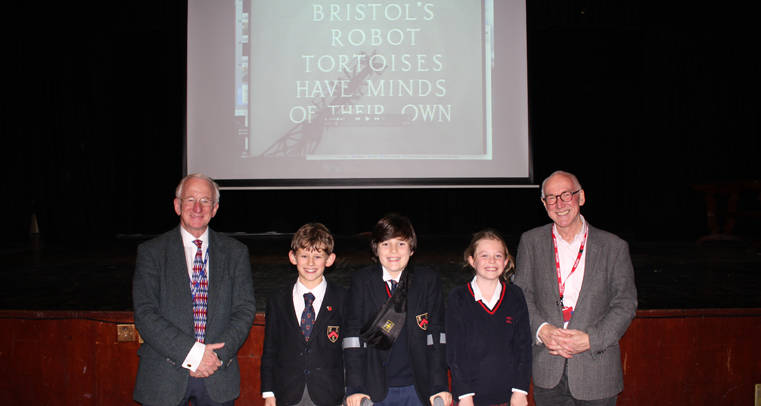 Could a robot be more intelligent than its creator? Are we living through a robotic revolution? Could a robot have a sense of self?  These are just some of the questions addressed by Professor Alan Winfield, Professor of Robot Ethics at the University of the West of England, during his fascinating Wider World Lecture at Mount Kelly on Tuesday evening.

Professor Winfield mapped and compared Artificial Intelligence against humans and other living organisms explaining how, despite modern conceptions, robots are not as sophisticated as currently portrayed in society. He demonstrated how robots lack the capacity to think in the same way as humans, in particular with regards to empathy and self, and how they may be programmed to care for us but will not have the ability to care about us until we understand these emotions in humans.

The audience included representatives of the Prep Robotics Club, who had the opportunity to present their robots to Professor Winfield, and pupils from across the Foundation put a variety of robotics questions to him.