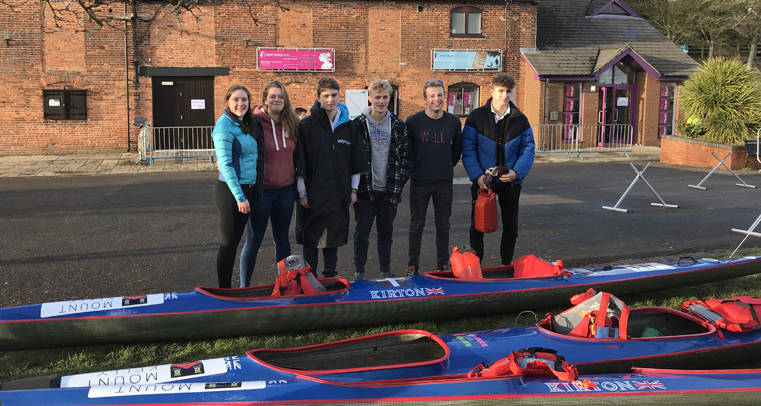 In September, with bright sun and reasonably warm temperatures, signing up for DW seemed like such a good idea. Then January came around!  The Celtic Cup kicked off the racing season and the three Mount Kelly crews put in some very good times, despite the strong headwind.  However, some very efficient paddling from the Launceston crews saw Mr Francis reluctantly hand over the coveted trophy.  The following week, the crews participated in the first of the Waterside series.  With temperatures forecast not to rise above -2 we knew this was going to be a challenge. The freezing conditions, however, did not prevent Katie and George from taking an unscheduled dip in the canal. Nevertheless, all three crews achieved very impressive times with Jacob and Charlie avenging the loss of the Celtic Cup by narrowly beating the Launceston crew. Rather than taking part in Waterside B, Mr Francis and Mr Birchell took the six paddlers for a weekend in Brecon. The purpose of this was to experience a long paddle before the actual event. The Saturday saw us paddle a good 28 miles in reasonable conditions. The use of slip streaming alongside a desperate race to catch the second half of the England v Wales Six Nations fixture ensured an excellent pace all round. The next day, with a shorter paddle, the crews (mainly Carys as usual) woke in good spirits in spite of the snow forecast and the lack of spoons for porridge. During the 17 mile paddle, Wales threw every single season at us, from sunshine to showers to blizzards. Regardless, Brecon was a fantastic and eventful experience. The next obstacle for Mount Kelly paddlers was Waterside C, which thanks to the Beast from the East was cancelled due to unprecedented snowfall and a frozen canal. Next up was Waterside D where all the crews and parents met in Devizes for a meal and to get a good feeling for what day one of the actual event would feel like.   We endured a nice 5:30 wakeup and a treacherous drive in the snow to the quay, only to discover that the race was cancelled, which produced some mixed feelings. However, it is fair to say that Mount Kelly won the inter-schools Devizes car park snowball fight! The next challenge for the crews was the actual event itself. On Thursday 29th of March, the team and their support crews, with the addition of Mr Reid, met in Devizes for a meal.  With boats decorated and positive mindsets, the six paddlers set off for their accommodation at Dauntsey School, where Mr Reid was housemaster for a while – if you are ever there, look at the photos!

The following morning, there was a mixture of nerves and excitement as we headed towards Devizes quay for day one. The 34 mile paddle was an eventful one, with all Mount Kelly’s crews arriving to a campsite not much drier than the canal.  We all achieved excellent times, despite Freddie and Carys going for an involuntary swim in a tunnel. After eating as much as possible, the team were all in their tents by 8:00 and sleep quickly followed. The excitement of hitting the current at Reading, meant the paddlers awoke in positive spirits, despite the pouring rain. About two hours into the race, it was the turn of the Cornish team, Jacob and Charlie to plunge into the canal after a bad portage. Luckily, Carys and Freddie were on hand to pull them out and help empty the boat in a much appreciated act of selflessness.  The teams hit the River Thames approximately halfway through the day and the strength of the current was instantly apparent.  It was, in fact, so strong that at this point, the race officials had no option but to declare the event over at Reading – 70 miles short of Westminster bridge.  The feeling of disappointment and sadness was overwhelming.  However, everyone did extremely well and all were on target to achieve extraordinary times.

Canoeing is not yet over for us however. We now progress alongside last year’s Mount Kelly crews to the South West sprint championships, where the team hope to retain the silverware won last year. This fantastic experience would not have been possible without Mr Francis and Dr Chalk who have been alongside the canal and paddlers in all conditions.  Their support has been phenomenal and, therefore, on behalf of the paddlers, a massive thank you.  And we’ll be back next year – there’s unfinished business on that river! 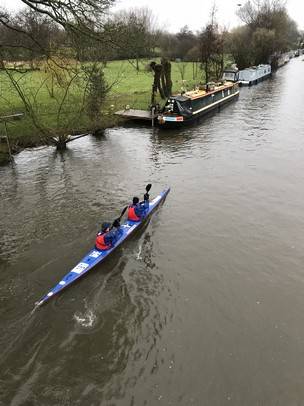 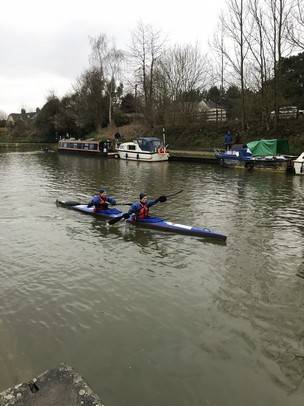 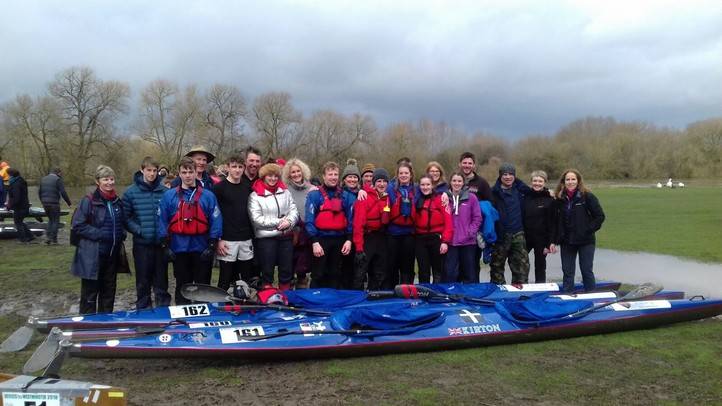