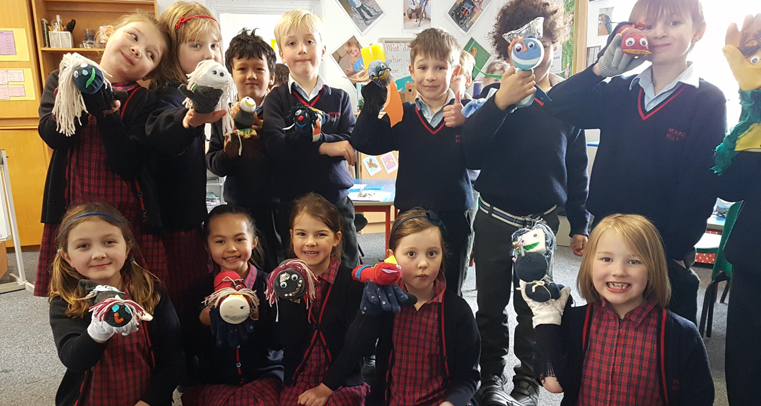 It has been a busy week in the Pre-Prep with pupils enjoying a wide range of activities for Art Week. Nursery pupils cut up colourful paper to recreate Henri Matisse's 'The Snail'. The children used natural resources as well as their imagination to create clay faces down in the woods, made origami cats and rounded off the week by taking photographs in the Meadows play park.

Year 2 pupils enjoyed a visit to Broomhill Sculpture Garden and produced their own sculptures with mixed media on returning to school. They also created magical creatures from socks and gloves and learnt how to draw cartoons step by step.