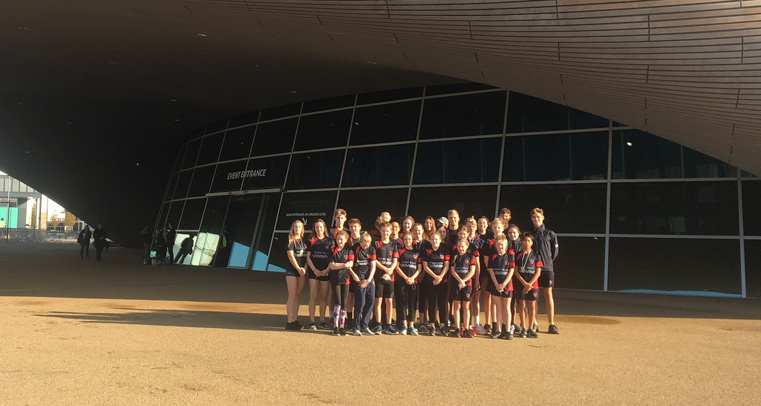 Mount Kelly took four emphatic victories at the 2018 English Schools National Relay Championships which was held on Saturday 18 November at the London Aquatic Centre in the Queen Elizabeth Olympic Park.  Leading the way, our Senior Boys’ team consisting of Alex Mason, Oliver Taverner, Sam Dailley and Federico Burdisso stormed to a new National record in the medley event. Sam and Federico were then joined by Harry Noble and Benji Gillingham for the freestyle event and went on to win by a clear margin. 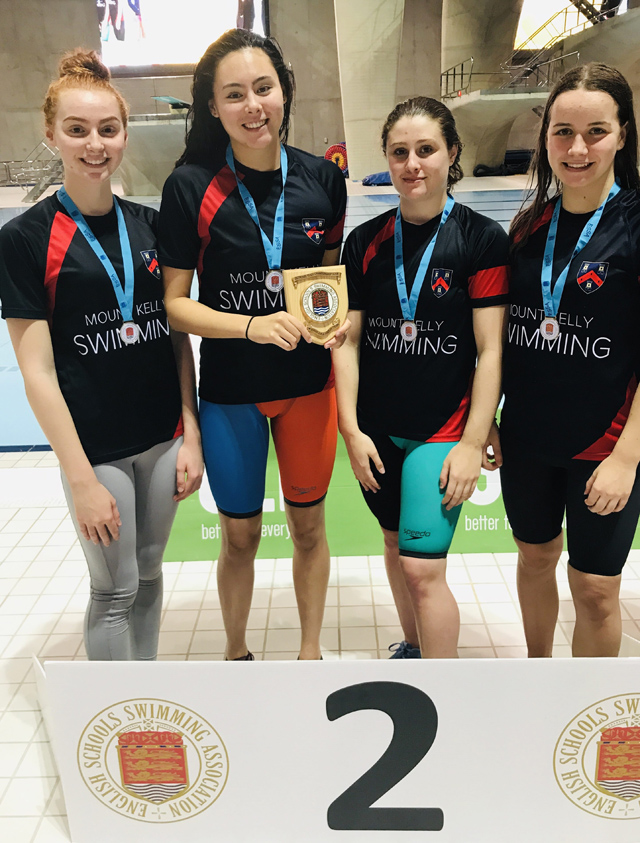 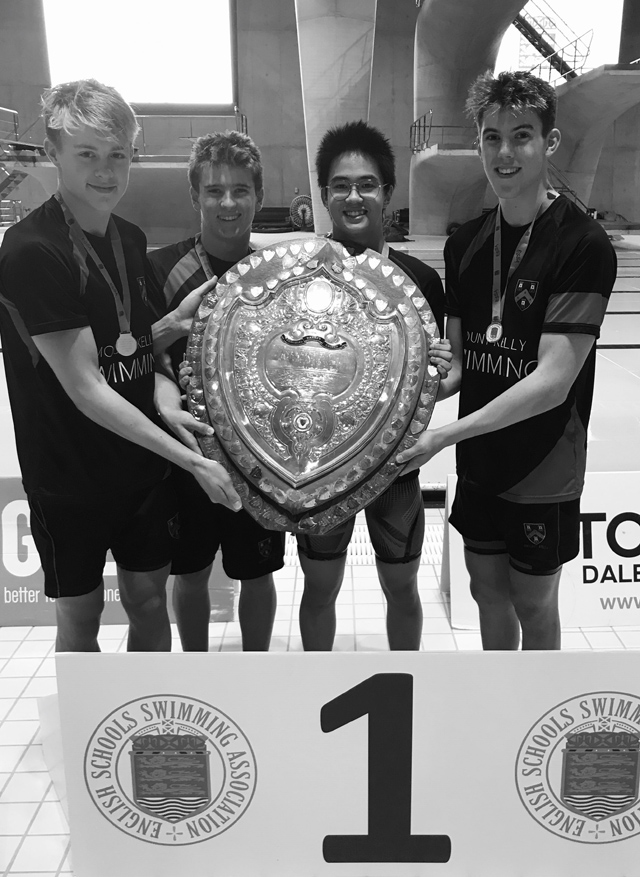 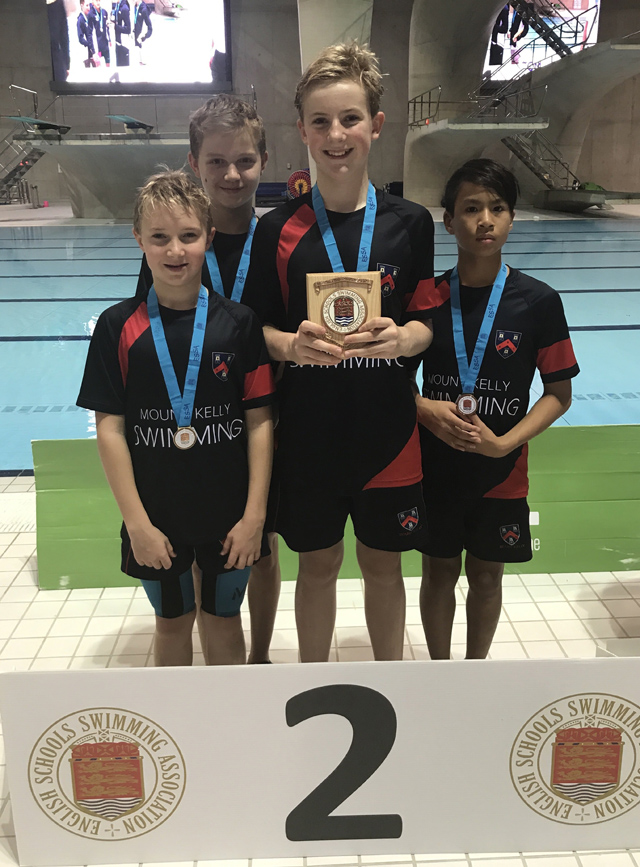 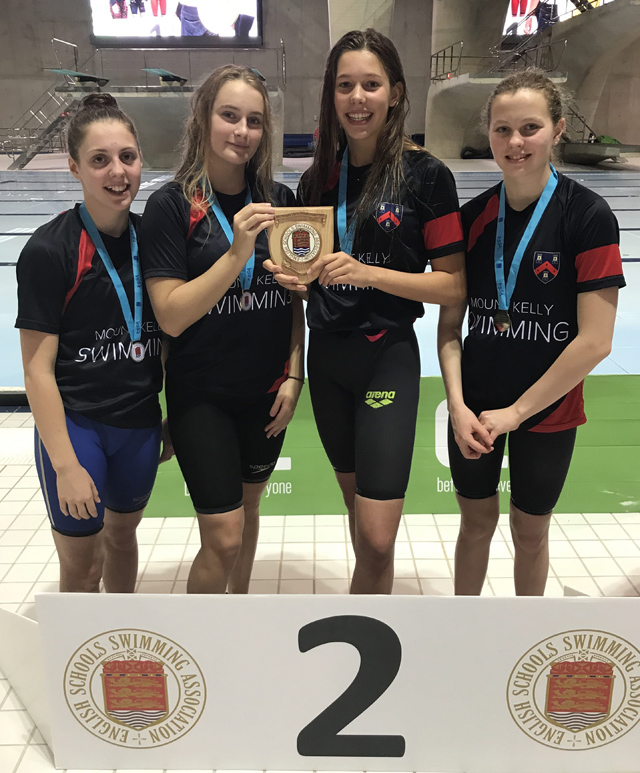