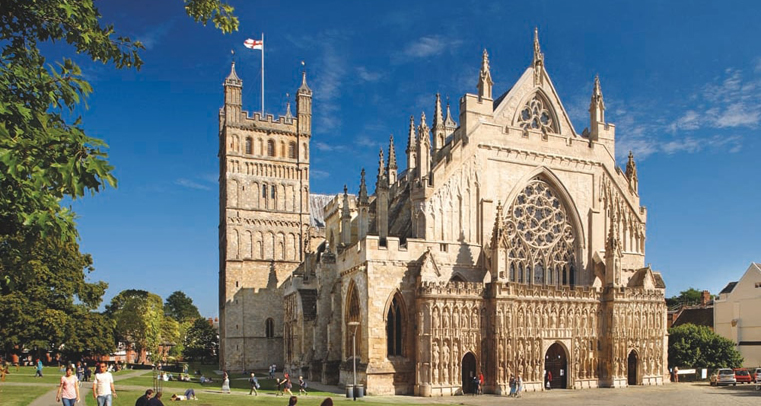 The Mount Kelly Chamber Choir is the current Devon Schools’ Choir of the Year, taking the title in a keenly contested final in Exeter in October. Part of the prize was to participate in a major Christmas Concert at Exeter Cathedral in aid of CLIC Sargent, a national charity supporting young people with cancer.

On the last day of the Michaelmas term, after singing in the College Carol Service at St Eustachius’ Church, the Chamber Choir travelled to Exeter to take part in this wonderful event in front of a capacity audience of well over a thousand people. The singers gave an outstanding performance of some Christmas favourites which impressed the audience and especially the other choirs taking part.  The event was a fitting conclusion to an excellent term for the Chamber Choir, which included success in the Grado International Choral Competition, singing for Mass at St Mark’s Basilica in Venice and being crowned Devon Schools’ Choir of the Year.

The Choir will be heading for Middle Farm studios in February to record a number of tracks which will be available later in the year.