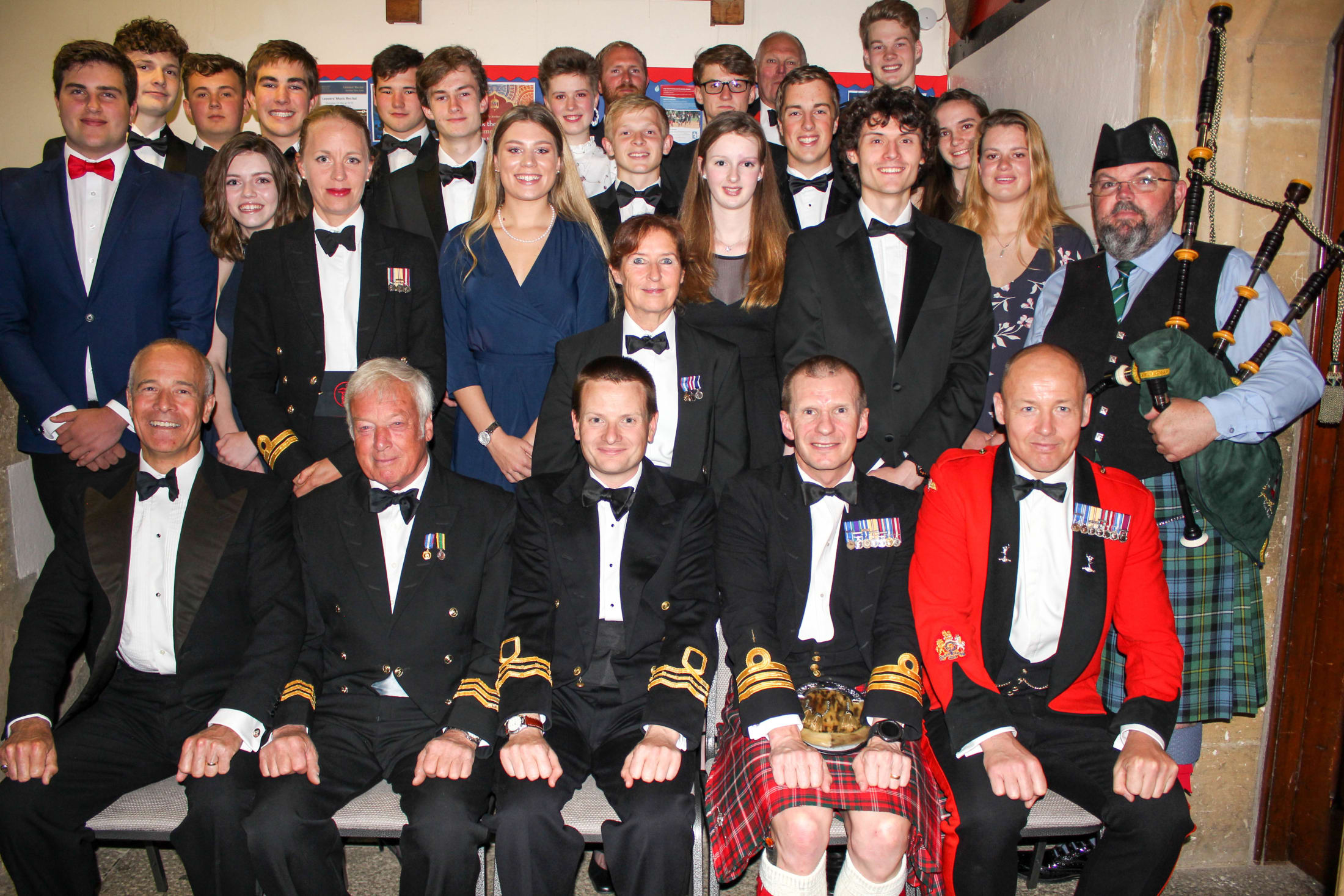 On Friday evening the CCF bade farewell to the Upper Sixth Cadets who have led the contingent over the course of the last year.  The Guest of Honour was Commander Gavin MacDougall RN, who spoke powerfully about the ideals of cadet service, with particular reference to the 75th anniversary of the D-Day Landings.  Once again, the School's caterers provided a wonderful meal, and the evening was given added sparkle by two pipers, who welcomed guests on their arrival, played them into the dinner, and concluded the evening with a traditional recital.