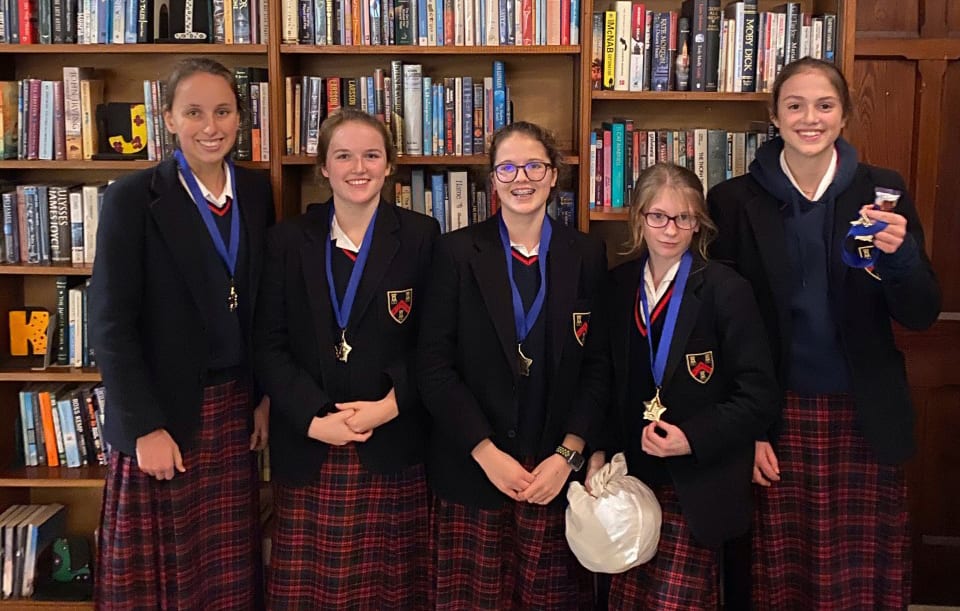 The last Wednesday of the Michaelmas term saw all the Year 9s gather in the Library for their Poetry Slam on the theme of War Poetry, a GCSE topic they have been studying in class. All pupils wrote original poetry, inspired by the poems they had studied, and based on the broad theme of War and Conflict. Clara, Chloe and Cherry started the afternoon's competition with a reading of their poems and all three impressed the judges with their thoughtful and imaginative writing. Chloe was chosen as the winner for her clever structure and use of rhetorical questions which made the audience really think about the impact of war.

The group category followed, with pupils performing a range of famous war poems in a variety of ways, using ingenious sound effects, props and costumes to enhance their delivery. The judges found it hard to choose, however Ruth, Louise, Fiona, Cicely and Anna's combination of props, action and clear delivery in their performance of 'To His Love' by Ivor Gurney won the day.

Congratulations to all the pupils for their hard work in preparing and for giving us such an enjoyable afternoon, and thank you to Mr Ayling, Mrs Harris and Mr Gaffney for being such enthusiastic judges.