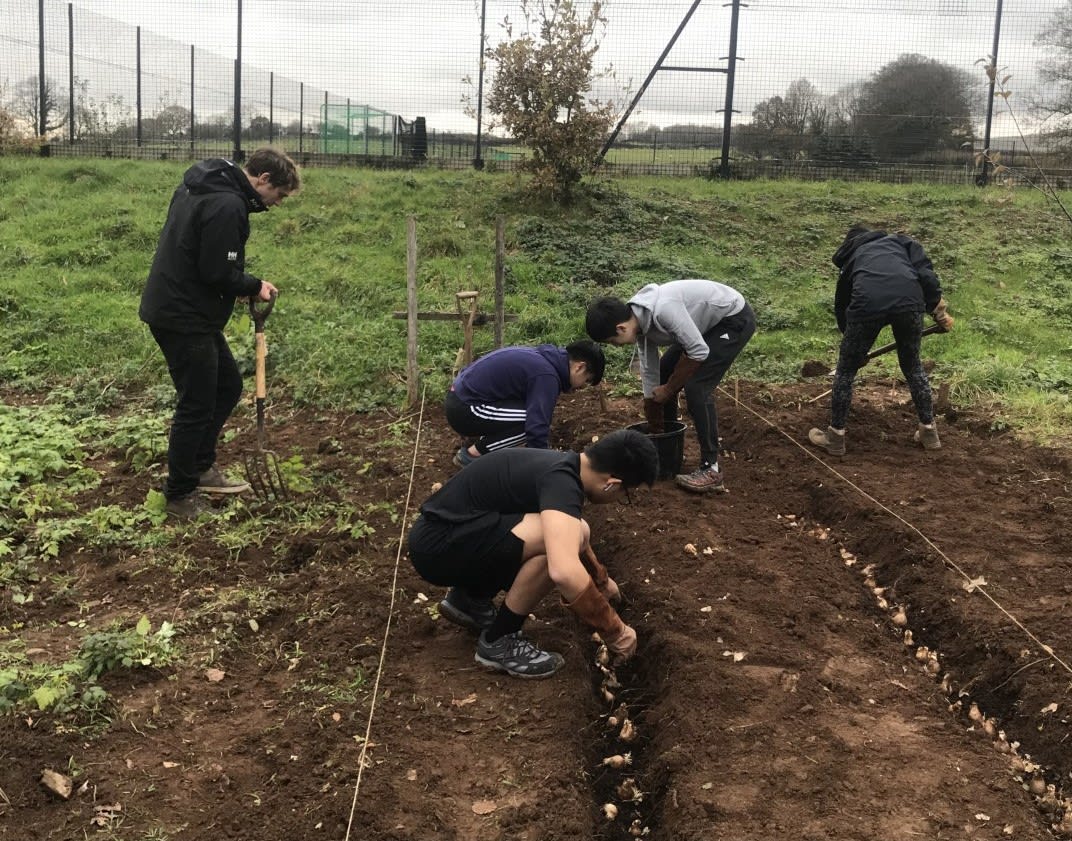 Progress at the Market Garden is accelerating and, much to the pupils’ excitement, the fresh green shoots are beginning to show both in the daffodil beds as well as the onion beds.  Pupils have worked with enthusiasm to continue to prepare the soil for the upcoming spring planting, and have also laboured to prune and manage existing blackcurrant bushes and raspberry canes and tidy round the apple trees.  The first session back was spent researching, selecting and purchasing the items which will be grown.  Pupils had to plan which varieties to choose based upon not only when they would need to go into the ground, but also when they will be ready to come out.

Alongside favourites such as potatoes and basil, some pupils took the opportunity to tend towards the colourful and unusual: look forward to hearing how we do with Moonshine sweetcorn; Big Daddy tomatoes; Golden Rubus Idaeus (raspberries – but golden and supposedly better tasting); a spectrum of rainbow carrots and beetroot and some Red Ball sprouts among many others.  It was suggested and agreed by pupils that we attempt a fully homegrown pizza thus requiring some wheat to go in (although we will have to buy in the cheese!). Upcoming work will include rabbit-proofing the fence and getting the seedlings underway in the greenhouse.

This term we have a larger number of pupils attending, many of whom are from Year 9, and the added workforce is a much welcome addition.  Watch out for our daffodils which will be on sale in the not too distant future. A big thank you goes to the ground staff who assisted by putting in the main fencing upon which we can add the rabbit-proofing.