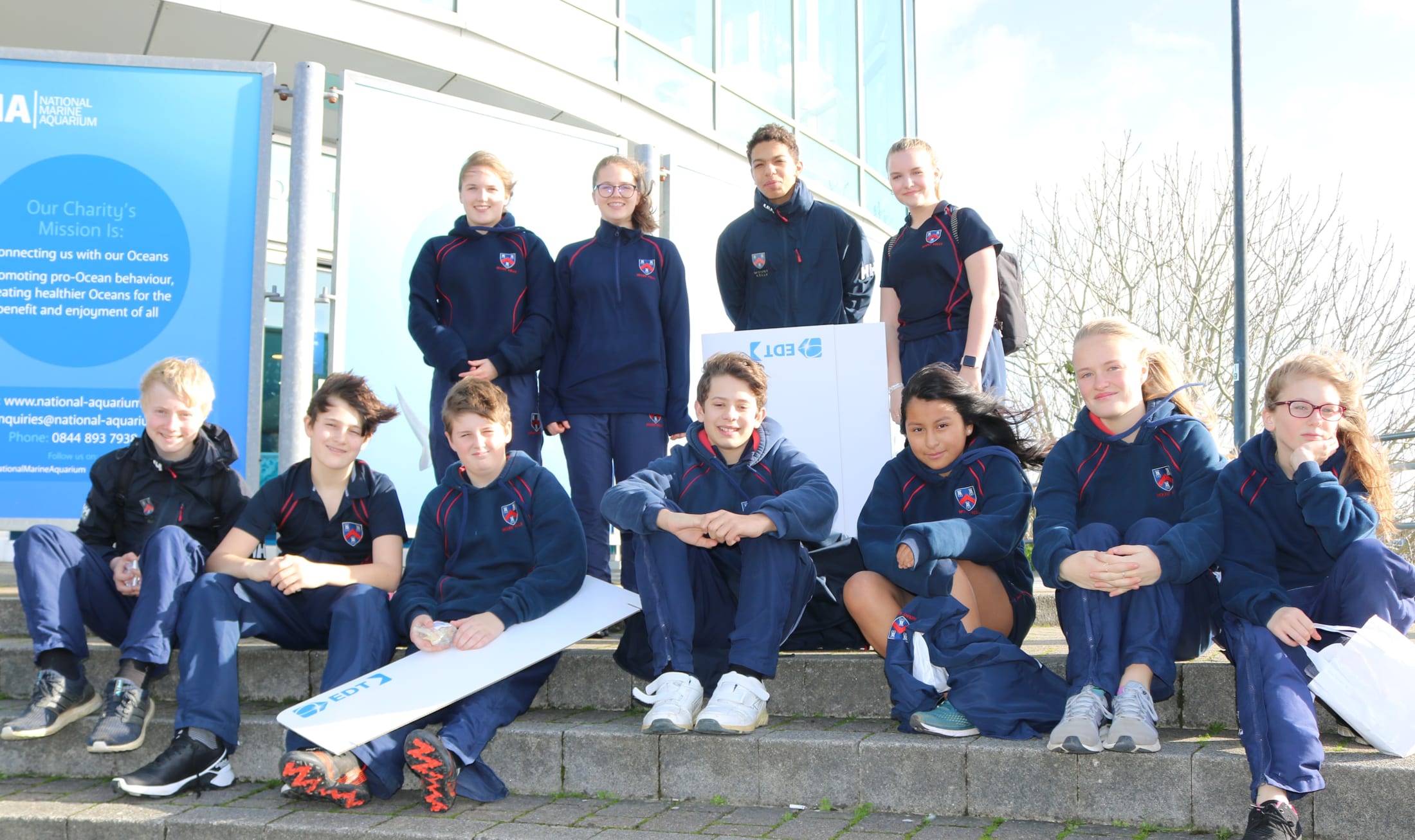 On Tuesday 4 February, two teams of Year 9 pupils attended the launch of this year’s twelve-week Go4SET challenge at the National Marine Aquarium in Plymouth.

Go4SET (Go for Science Engineering and Technology) is a national industry-supported STEM initiative which encourages Year 9 pupils to consider exciting careers in Science, Technology and Engineering. This is the tenth year that the Product Design department has entered Year 9 teams, with Mount Kelly winning the South West competition four times and securing a place in the UK Young Scientists and Engineers National Final.

As part of the team building launch, all pupils worked with their Engineer Mentors from Schneider Electric Technology and Babcock International to decode four secret messages. After constructing their own flashing torch, the pupils rewrote the decoded messages in Morse Code and communicated their findings to the rest of the team by torch.

Over the next twelve weeks, the teams will be mentored as they embark on researching, designing and making their ideas for two new low impact eco hotels. We wish them the best of luck.