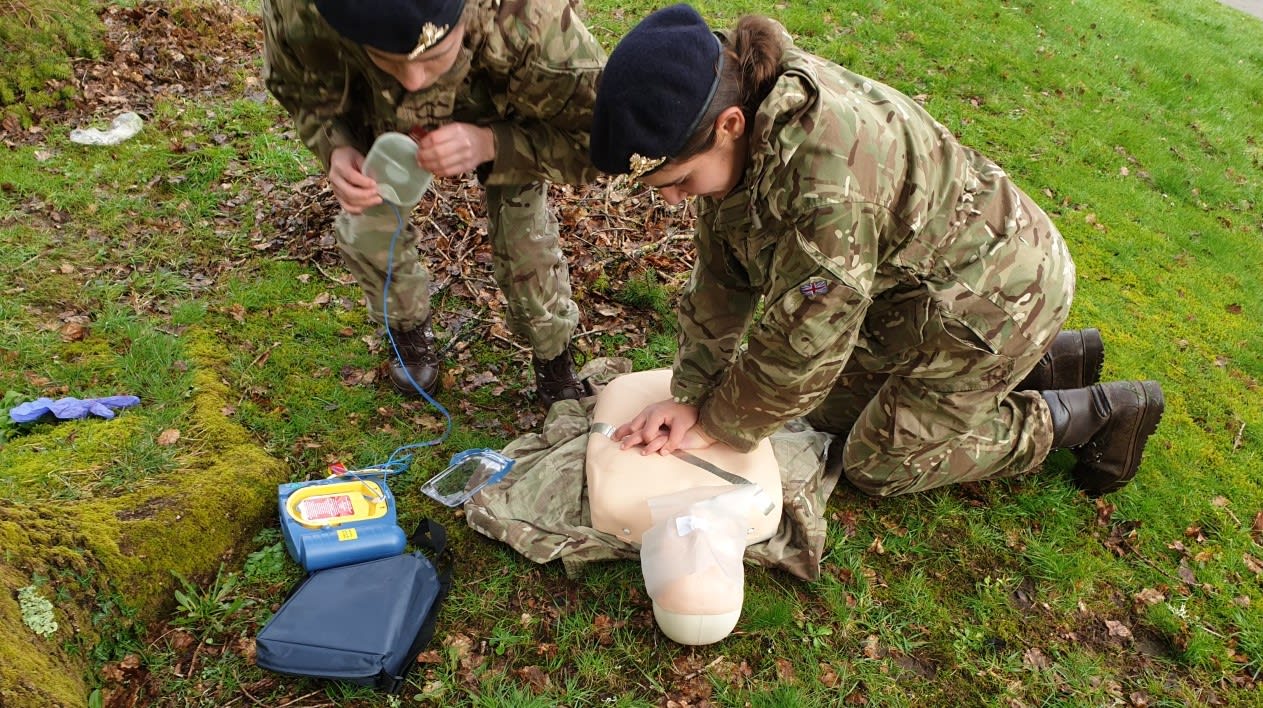 It has been a busy week for our CCF:

On Saturday 29 February, the CCF deployed to Okehampton Camp to conduct marksmanship training on the rifle using the DCCT (Dismounted Close Combat Trainer).  Techniques were demonstrated by the SSI, and in addition, the sensors within the DCCT weapons allowed the cadets to see for themselves where improvements could be made in order to become a more accurate shot.

Other activities included navigation training on the moor and command tasks, where the cadets had to work as a team to overcome a given problem with limited equipment at their disposal.

The CCF took part in a Casualty Simulation Exercise within the School grounds on Wednesday 4 March. The aim of the exercise was to test first aid and communication skills following recent sessions in the classroom and to earn the St John's Youth First Aid badge.  Truly harrowing scenes of exploding barbecues and chainsaw accidents, along with excellent acting skills from Miss Horton and the Senior Cadets saw the Year 10 cadets take on some valuable lessons about putting their First Aid skills to practical use.