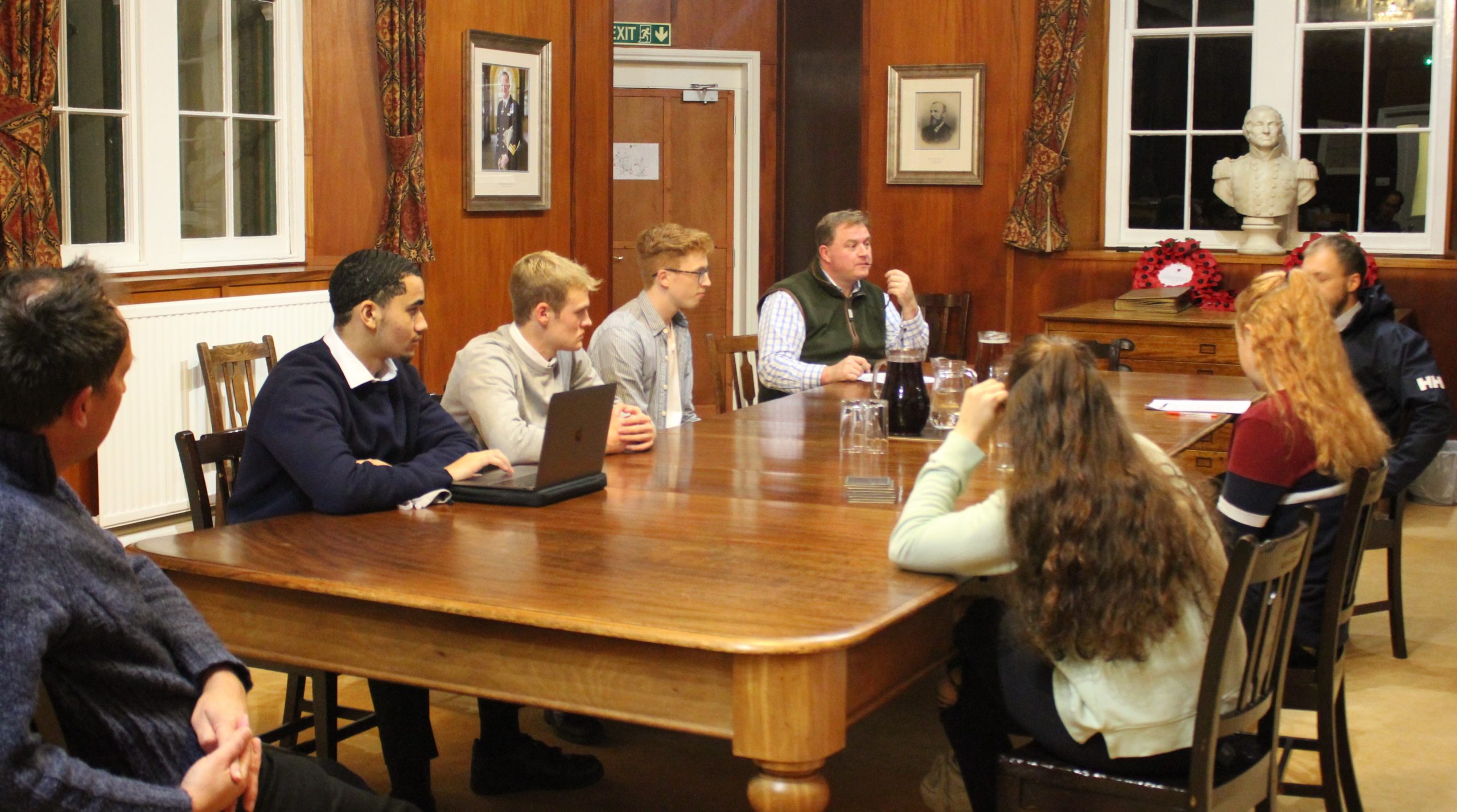 On Thursday evening, five Sixth Form pupils along with the Head Master, Mr Dixon and Mr Larkham met to discuss The Gaia Hypothesis. Proposed by James Lovelock, The Gaia Hypothesis is a theory that all life on earth collectively defines and regulates our climate. The meeting was centred around the hypothesis and the ideas it proposes however the discussion later expanded to include the meaning of life, possibilities of other civilisations in our universe, teleology and other similar topics. Climate change also formed a basis for conversation and how this hypothesis directly opposes the popular proposal that climate change will eventually cause the downfall of life on earth as we know it. As our discussion drew to a close there was a mutual feeling amongst us that The Gaia Hypothesis, despite questioning what we have been led to believe, provides a very convincing proposition. In addition, perhaps most importantly, it allowed us to consider both real and speculative problems such as climate change and life outside of our solar system. Article written by Zachary.

Teacher of Physics, Mr Larkham, adds that the Gaia Hypothesis postulates that living organisms affect the Earth’s conditions – atmospheric composition, temperature, availability of minerals etc. – in a manner that provides stability (known as homeorrhesis) such that life can continue to flourish despite ongoing changes to the intensity of solar energy emitted by the Sun, cataclysmic volcanic eruptions and bombardments from huge asteroids. The concentration of oxygen in the atmosphere, for example, has remained stable for billions of years thanks to Gaia feedback mechanisms, or so it is argued. Too much carbon dioxide and plants photosynthesis more rigorously, producing more oxygen and bringing down carbon dioxide levels. Too much oxygen and forest fires wipe out excess trees, bringing down oxygen levels and restoring carbon dioxide levels. This is Gaia in action. The Dinosaurs may have been wiped out by a huge asteroid, but life was able to bounce back to evolve new and interesting species, including human beings!

Pupils had an opportunity to examine an academic text and begin to develop the kind of study skills required as a university undergraduate, in a setting not dissimilar to a university tutorial, in the presence of the Head Master. They understood many of the key concepts underlying the article and articulated some wonderful ideas, ranging from the possibility of alien life, to climate change and the importance of sustainability, in an open forum not always achievable in a subject-specific classroom.