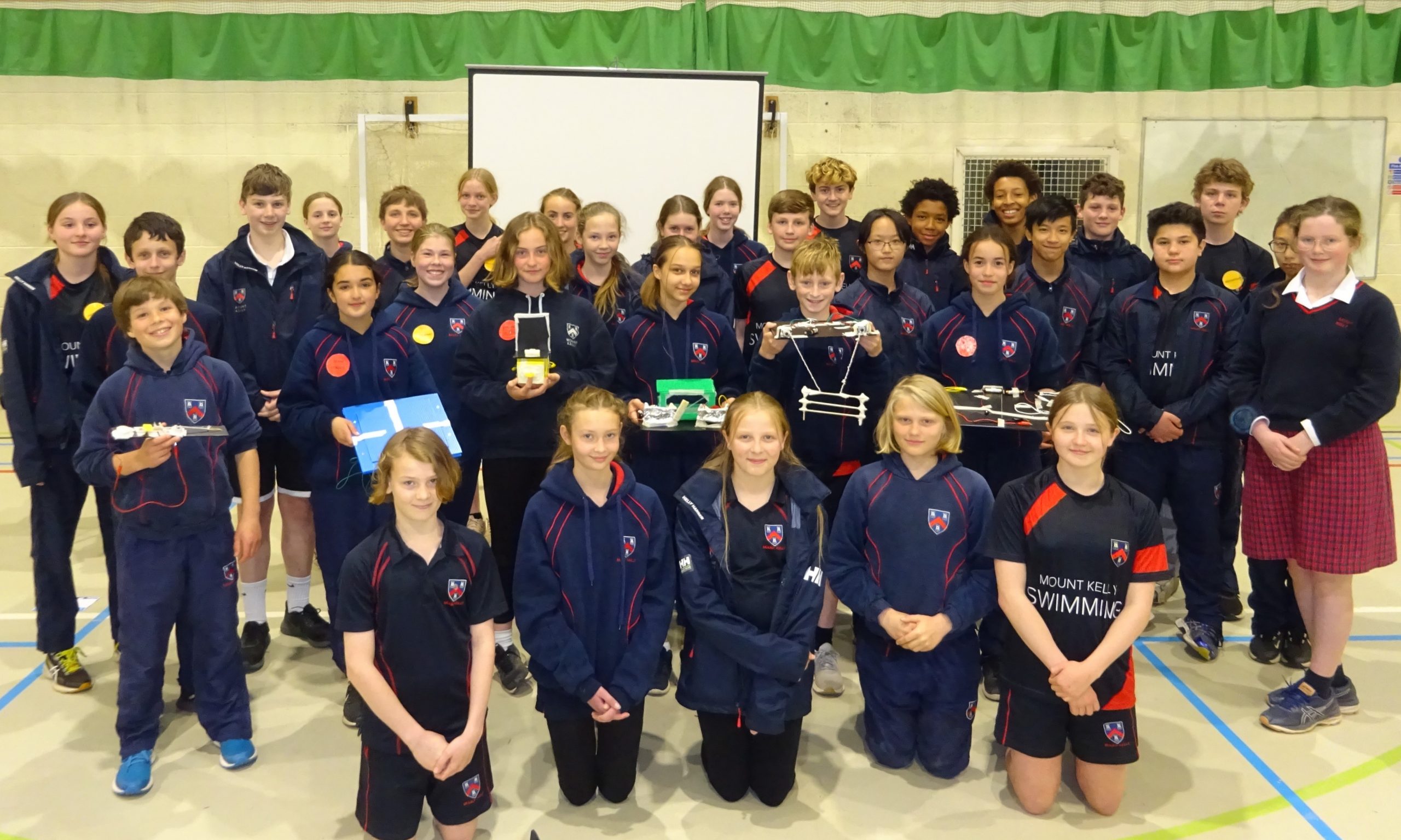 On Wednesday 26 May, 36 Year 8 pupils competed in this year’s national Faraday Challenge, designed and funded by the Institute of Engineering & Technology to inspire pupils to pursue careers in Science, Technology, Engineering, and Mathematics (STEM).

For this year’s challenge the IET worked in partnership with Network Rail, requiring pupils to invent a new prototype electrical and mechanical device using electrical circuitry, LDRs, LEDs, and motors and buzzers to improve consumer safety and efficiency at Network stations.

Six teams of pupils competed to produce the best prototype and demonstrated their ideas to Dr Keira Sewell, one of the Engineering judges, through a recorded five-minute presentation. They allocated roles (team leaders, accountants, designers and manufacturers) and worked to a tight budget using Faraday currency. Pupils were marked for their ability to plan, develop ideas, work to budgets, and make a working prototype.

All pupils will receive a certificate from the Network Rail Engineering team and an Industrial Cadet Award. All winning team members will receive a £10 voucher and a prestigious IET trophy. The winning team will also progress to the IET school league table for a chance to compete in the national final.