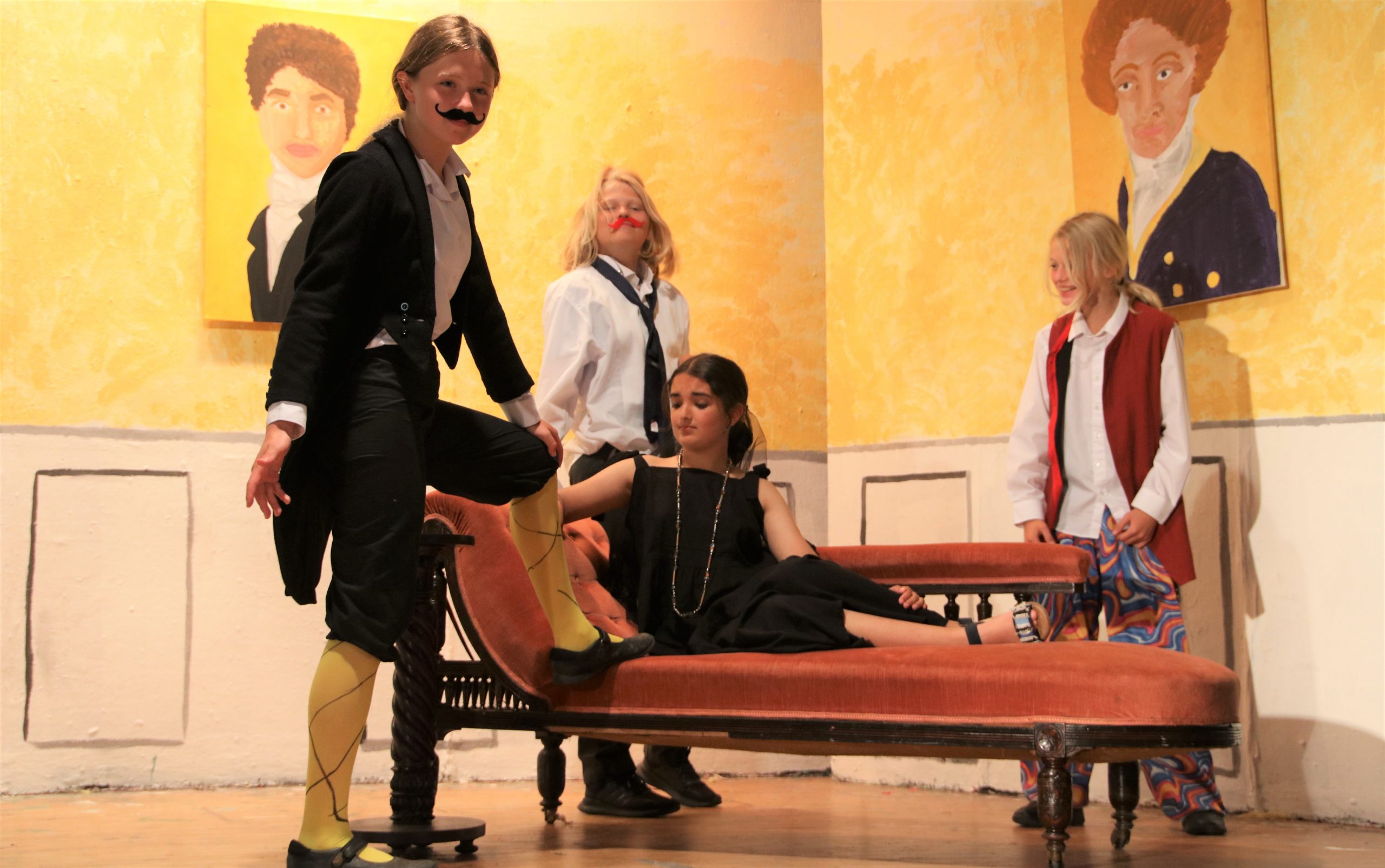 Over the course of a single week, an ensemble cast from the classes of the whole of Year 8 has learned and performed a production of William Shakespeare’s Twelfth Night.

The preparation included pupils taking control of lighting, backstage and dressing the set including painting the backdrop. Each tutor group performed a third of the play and key characters were identified by items of costume, such as colourful clown’s trousers for Feste, black dress for the Lady Olivia or a tabard and white hat for Viola/Cesario.

The whole cast worked exceptionally hard, getting to grips with not only the words but also the complex plot twists and the meaning of Shakespeare’s early modern English.