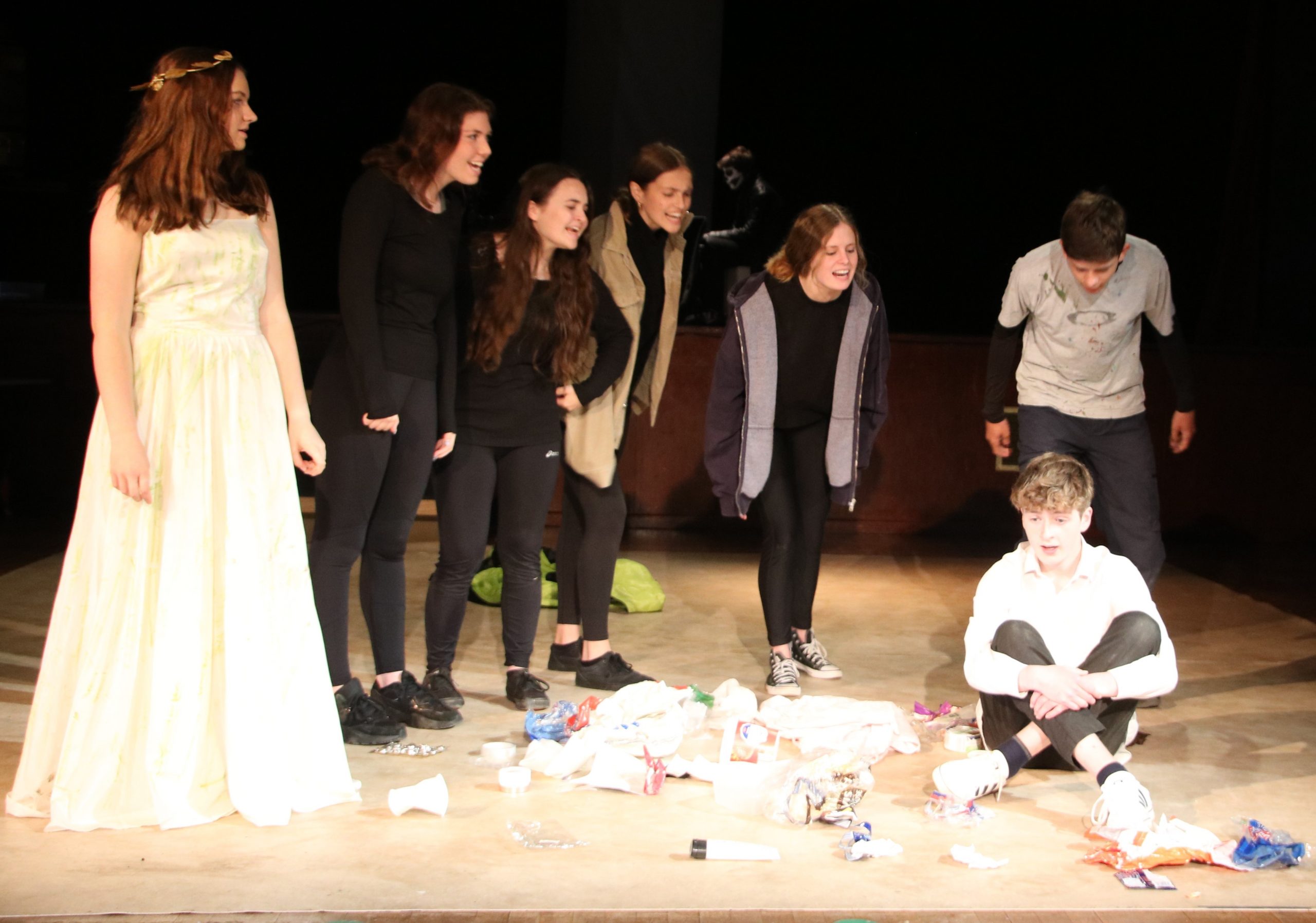 Everyman, a Medieval Morality Play rewritten by Carol Ann Duffy, was due to be performed before the first lockdown, so it was with great pleasure that it was at last presented this week to an audience of parents of the cast and crew.

The audience was treated to an emotive journey through one man’s life. Noah was simply outstanding as Everyman, capturing every nuance with real integrity, and William’s portrayal of Death, bringing viruses amongst his ‘calling cards’, was both sinister and captivating. The whole ensemble created moments of such range, from naturalistic family scenes full of comedy and pathos, to ominous and frantic sections representing a tsunami; they were truly impressive.

The performance was powerful in its delivery, making the audience question the consequences of man’s actions, and this young cast were extraordinary.