DW Training on Kennet and Avon 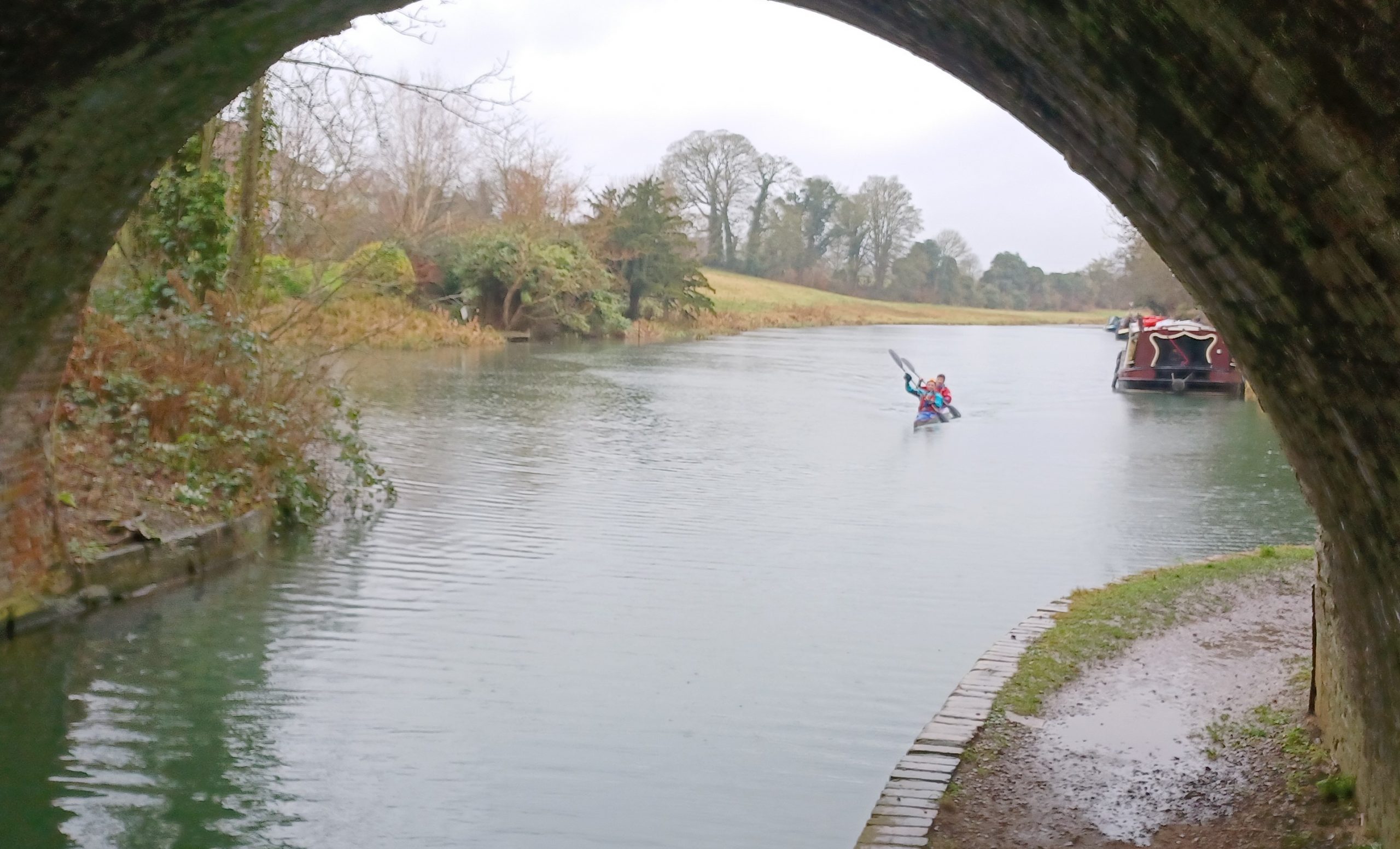 Last Saturday, having collected our netball and cricket players from their away fixtures, our DW squad headed to Wiltshire to paddle on the Kennet and Avon Canal in preparation for the race events after half term.

After a slightly delayed start, all crews headed off into the twilight for their first paddle of the weekend, a gentle 10 km stretch from Devizes wharf to Honey Street, accompanied by Mr Reid on a bicycle, bankside. Soon it was dark and as their night vision improved, they survived some swan attacks and moored barges to reach their destination in high spirits.

Accommodation for the evening was a barn, but far from being an agricultural building this proved to be warm and comfortable. An evening meal of burgers and chips was followed by a detailed briefing of the planned paddle the next day. 35 kms into worsening weather would mean an early start to Sunday.

Sunday proved to be a long day on the water as they navigated the course from Honey Street to Kintbury, familiarising themselves with the portages and landmarks along they way, in increasing rain and wind.

All crews did exceptionally well and gained much from the training on the actual course of the race. They arrived at Kintbury suitably tired but smiling at their achievement.