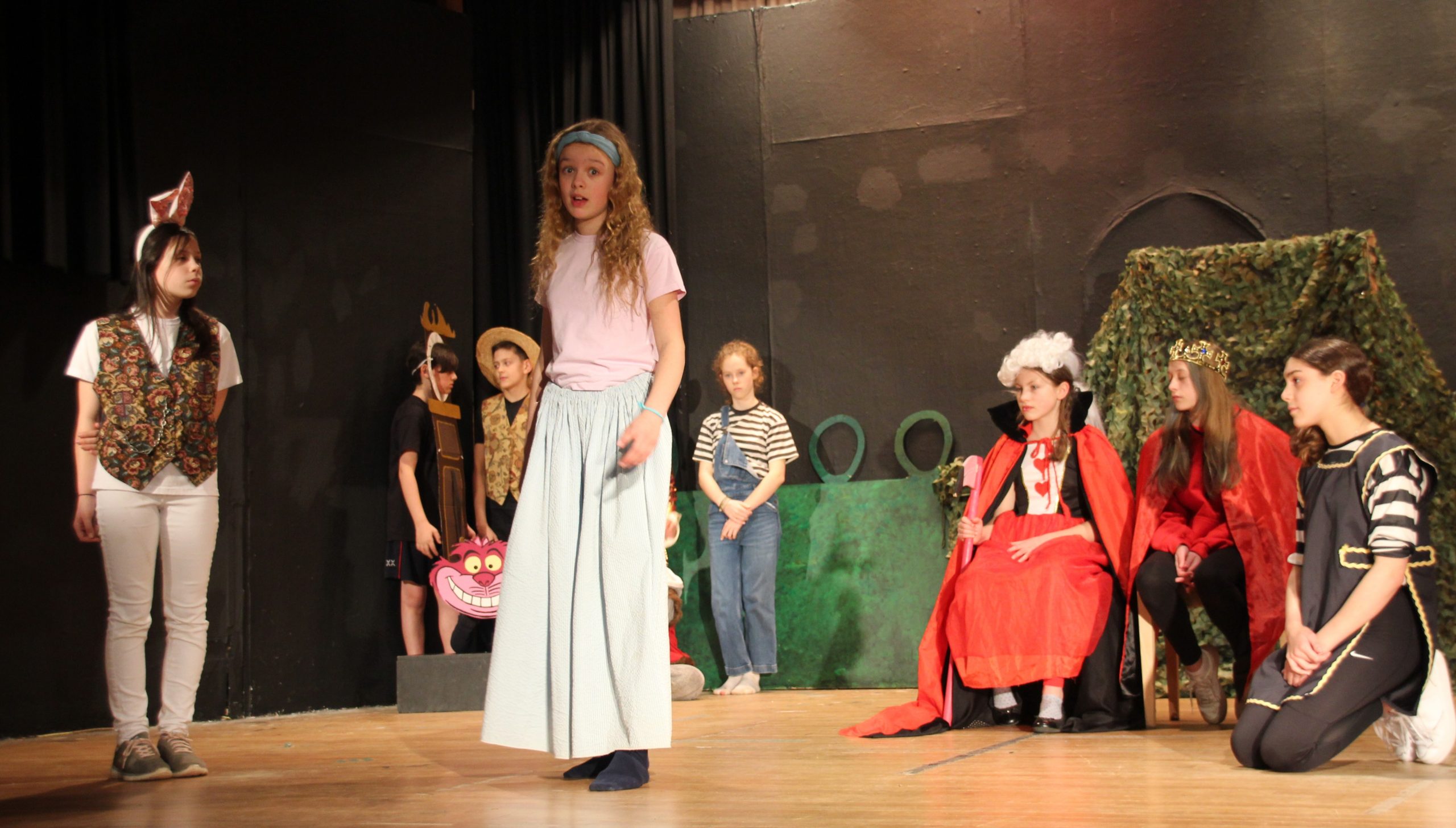 7SGB and 7PAC performed Ernie’s Incredible Illucinations, in which Ernie, son of Albert and Ethel, is having trouble with his imagination and is taken to the Doctor to see if he can help. There follows a series of ‘incidents’ involving an invasion of soldiers in the family home, Auntie May becoming a heavyweight boxing champion, and a mountain rescue in the library and a dead body in the reference section!

7ARL and 7RPM performed a delightful version of Alice in Wonderland, in rhyme.

All pupils were involved in the productions, either on stage or taking charge of the lighting and sound in what was a true team production.