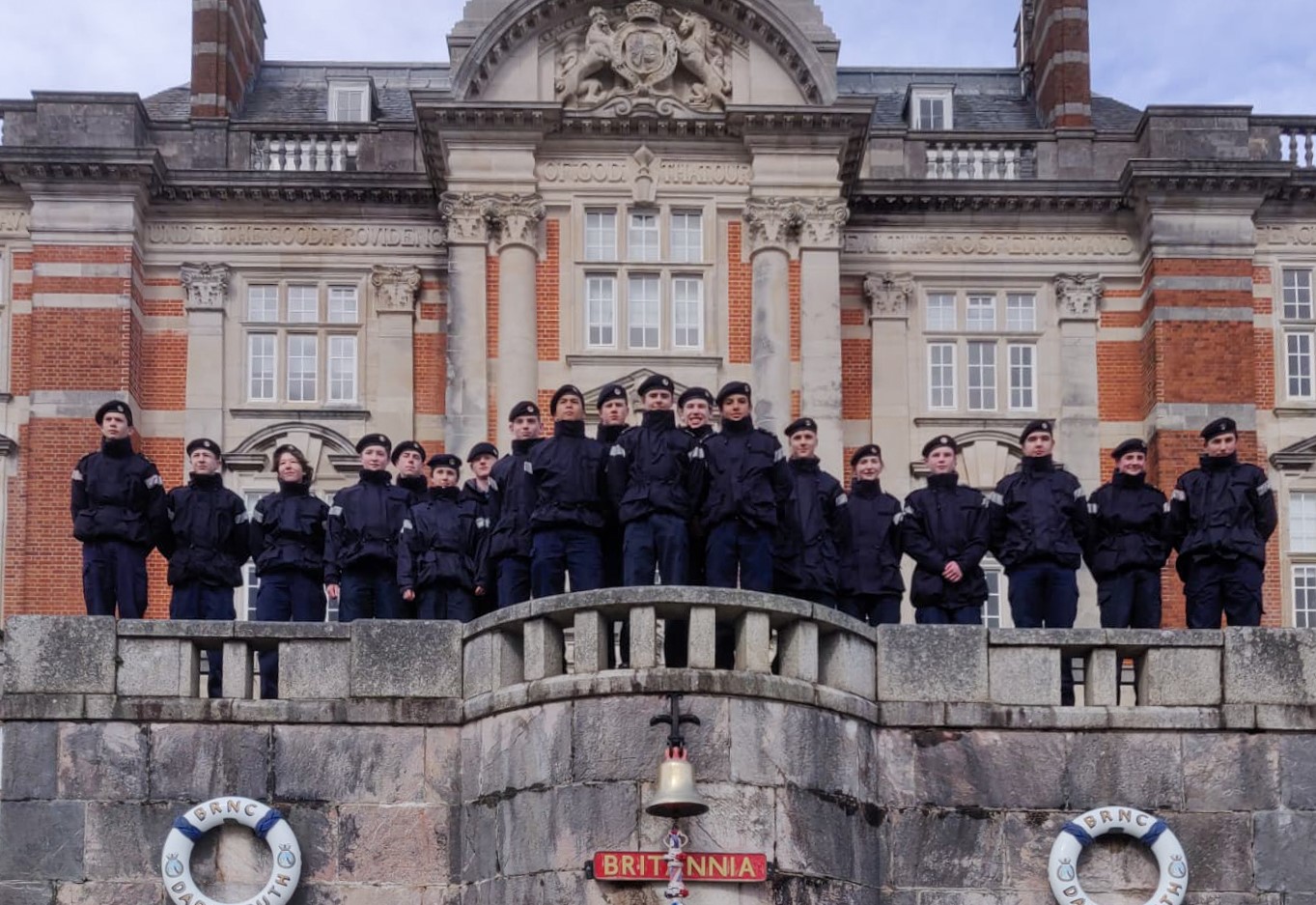 Setting off early on Saturday, we arrived at Britannia Royal Naval School in good spirits. Having stowed our gear, we went straight to the swimming pool where the group completed the CCF swim test, followed by the navy swim test in overalls, and some even attempted the marine swim test.

Lunch followed in the impressive college dining room, where Tom met his brother Callum who is on phase two of his training. After lunch, half of the group took part in indoor climbing and the other in the low ropes obstacle course. This was followed by a tour of the college, including the quarter deck where you have to come to attention every time you enter, and then it was time to relax in one of the common rooms with the hope of watching the rugby.

After a well-earned sleep we awoke early and enjoyed an excellent breakfast before marching down to the river to have a look round HMS Hindustan, a training ship at DRNC and former Sandown class minesweeper. The visit was interspersed with groups going off down the river Dart in motor whalers, which started to get a little interesting as we came closer to the mouth of the river and the rollers started to come across the gunnels.

The day finished with a hearty Sunday lunch and photos in front of the college. Much thanks must go to Slt Walker and Lt Cdr Pearson who looked after us throughout our stay.