Three Characters in Search of a Verdict 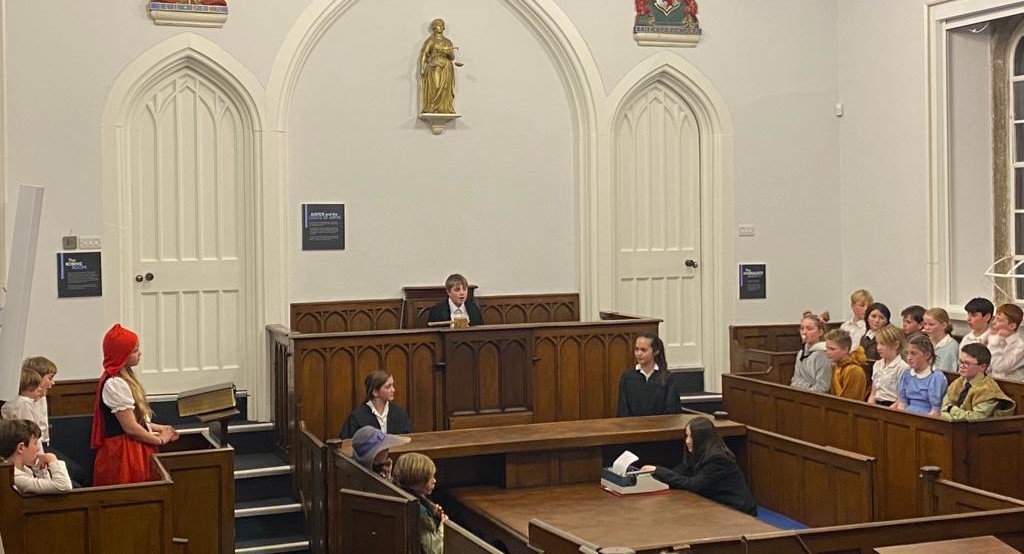 Year 6 pupils presented Three Characters in Search of a Verdict to a packed Tavistock Guildhall on Thursday evening, in which the audience met three sets of fairy tale characters who get their day in court.

Jack’s mother was accused of receiving stolen property while living at the bottom of the beanstalk, Goldilocks was arrested for criminal damage, and a wolf was accused of the attempted murder of Red Riding Hood’s Granny. With three pleas of ‘not guilty’, the courtroom was in for some surprising twists to familiar stories.