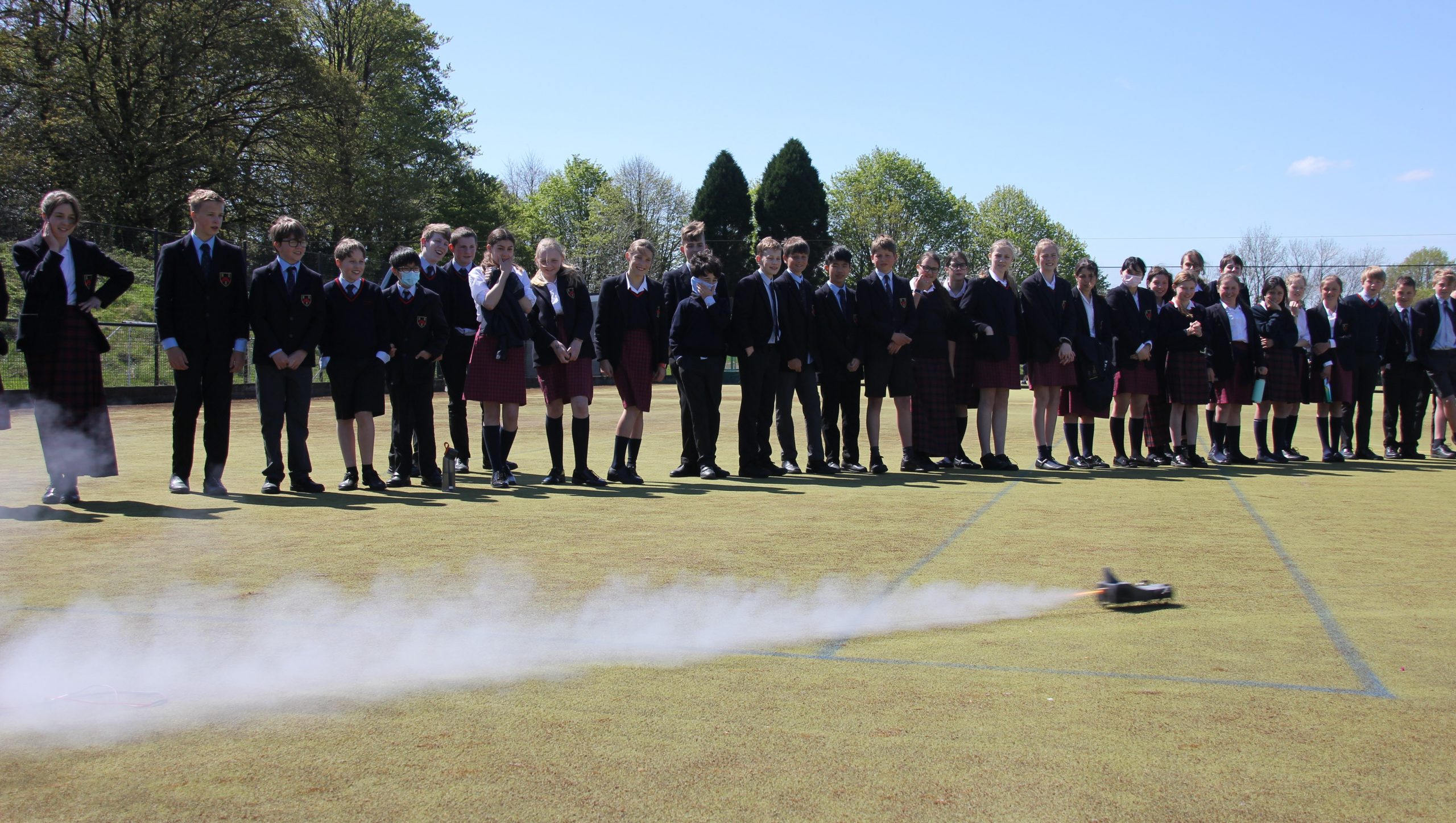 Upper Prep pupils started the term with a bang! Rob Bennett from Bloodhound LSR education team ran an innovative cross-curricular learning day based around the ambitious land speed record challenger. Pupils learnt about the engineering behind the car, before working in groups to build, shape and refine their own rocket propelled cars which were then raced on a temporary track on the Prep Astro. Despite the surface creating additional friction, the cars managed speeds of over 85 km/h!

Pupils also explored speed and movement through an Art project with Miss Tribe and a creative English challenge with Mrs Whittleworth. Mr Davidson plans to run a Prep club in the new academic year, aiming to build on this concept and work with the children to improve the speeds of these model cars; watch this space!