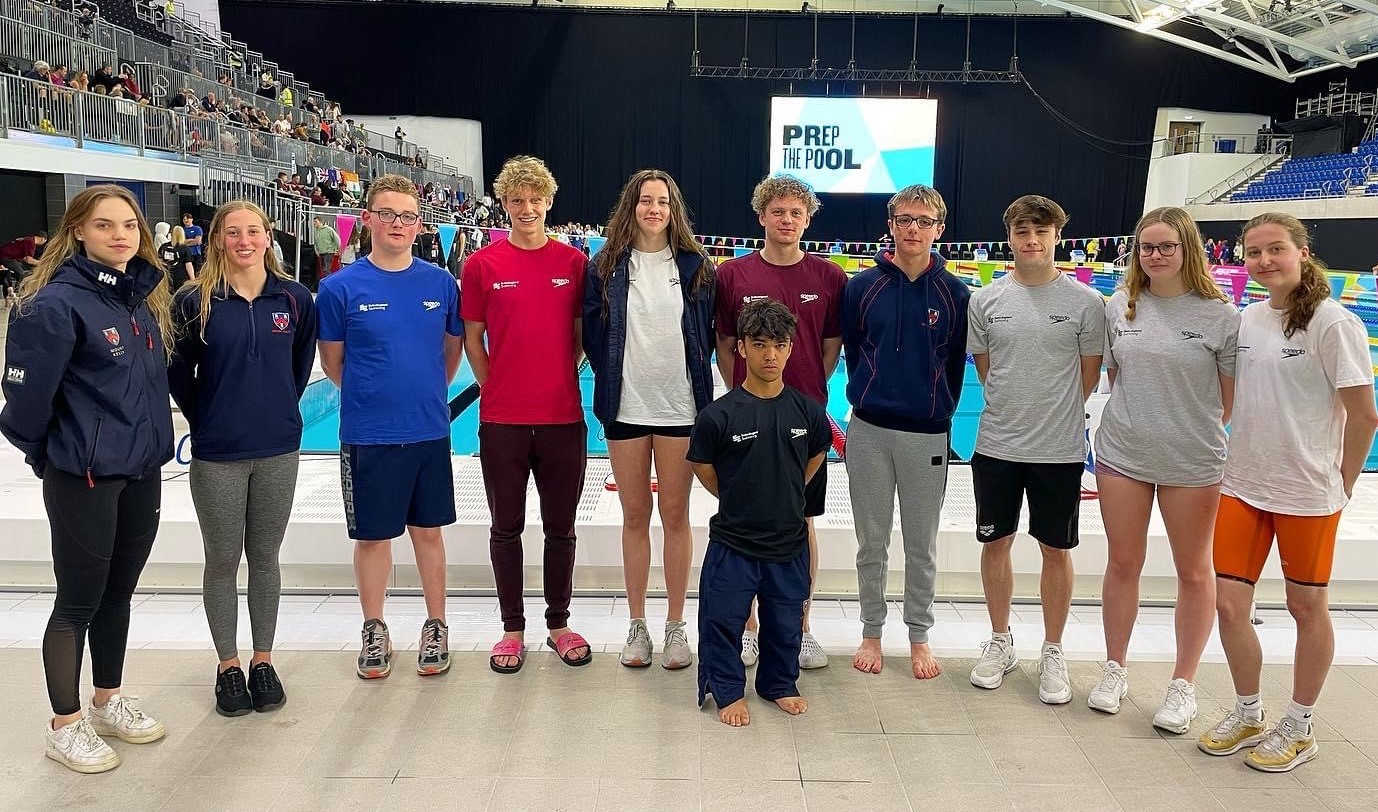 Over the weekend, 18 Mount Kelly pupils and 3 members of staff travelled to Birmingham to take part in the Commonwealth Games test event and Swim England National Development Programme. Both events were held at the new Sandwell Aquatic Centre which has been built for the upcoming 2022 Commonwealth Games.

On Saturday, ten pupils competed in the Commonwealth Games test event in front of a crowd of over 3,000 spectators. These swimmers were invited to compete following their selection to Swim England programmes earlier this year as well as their recent performances at the British Championships and Middle East Open Championships earlier this season. They were joined by Emma Collings-Barnes and Greg King-Limb who were asked to act as head coaches for two of the teams competing throughout the day.

On Sunday, pupils took part in a training day as part of the second phase of the Swim England National Development Programme. The day included pool and gym sessions, education workshops and an elite athlete talk from current Commonwealth champion Aimee Wilmott. They were joined by Neil Edwards who was also invited to coach on the day.

It was a brilliant experience for all pupils selected and great to have such large Mount Kelly representation at these events.