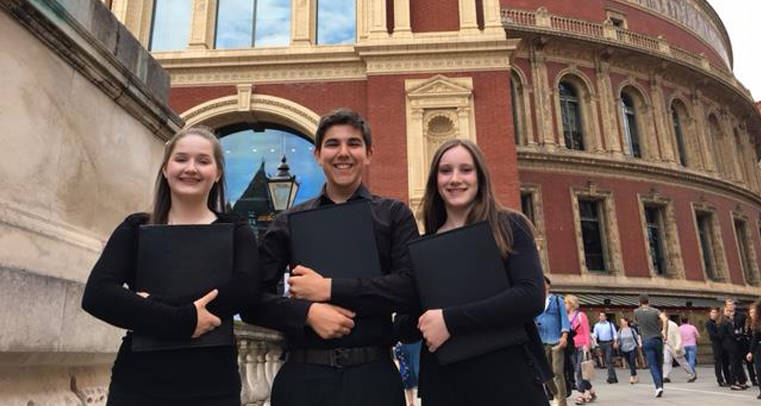 Mount Kelly pupils Sophie, Toby and Carys were part of a UK Youth Choir performing at the First Night of the BBC Proms in London’s Royal Albert Hall in July. After intensive rehearsals in Birmingham with world-renowned choral director Simon Halsey, the three performed in Harmonium by John Adams, as part of the American composer’s 70th birthday celebrations.

All three are members of Mount Kelly’s Choir and Carys and Sophie also sing with the select Augmented Sixths vocal group and have taken part in workshops at the school with international vocal groups VOCES8 and Apollo5.

Mount Kelly Director of Music, Julian Jensen, commented “We are exceptionally proud of these young singers as they set out on one of their most exciting musical challenges so far. It is testament to their talent and dedication that they were able to take up this opportunity”.