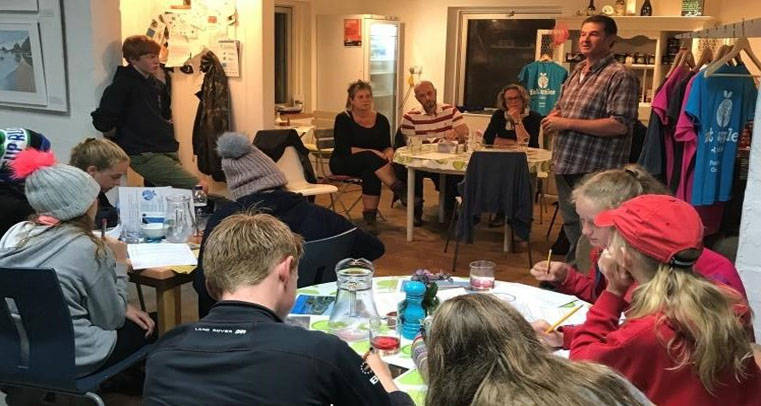 Swansea Bay Tidal Lagoon is an ambitious scheme that could provide the UK with clean tidal energy for the next 100 years and place the country at the forefront of this type of energy production. However, as with every large construction project, this has some considerable social, economic and environmental costs, as well as benefits, which have to be evaluated before any decision can be made. Our Year 9 pupils have researched this in Geography, culminating in a decision-making role play exercise focused on the proposed reopening of Dean Quarry as a super quarry, to provide the stone for the tidal lagoon. This quarry lies just 2 kilometres from the campsite where they stayed on their LOTC trip last week.

Pupils were divided into groups representing all of the interested parties in Dean Quarry: Swansea Bay Tidal Lagoon; Shire Oak Quarries; Cornwall against Dean Super Quarry (CADs); and the media. They prepared press releases, interview material and presentations ahead of a ‘Public Enquiry’. Each group visited Dean Quarry during their stay on the Lizard to see first-hand what was being proposed. Furthermore, two of the groups attended a presentation, followed by a Q&A session from local interested parties, including the owners of Roskilly’s Farm, a local councillor and owner of Porthkerris Divers, and the Vice-chair of CADs.

Upon their return to school, Year 9 gathered in Big School for the ‘Public Enquiry’. Each group made their presentations and then faced a Q&A session from the media team. After the cut and thrust of a political debate, the meeting closed and the pupils were charged with the task of voting on the question of: Should Dean Quarry be reopened as a Super Quarry? An electronic ballot took place over the Exeat weekend which returned a result of 47.5% in favour and 52.5% against the proposal (a total of 40 pupils), which shows how closely fought the exercise was.

The exercise has been run for the last three years by the Geography department to introduce pupils to the complex decisions which have to be made by the Government, that rely upon the key skills of a geographer. Within months, our current government, run by a Geography graduate, has to make the very same decision as our Year 9 pupils. 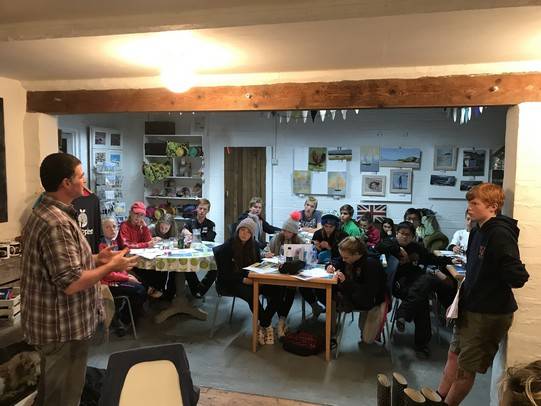 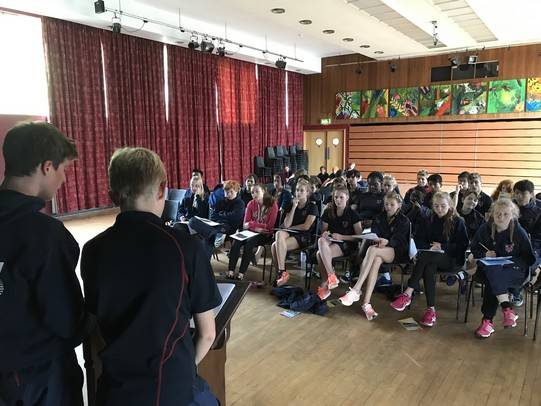 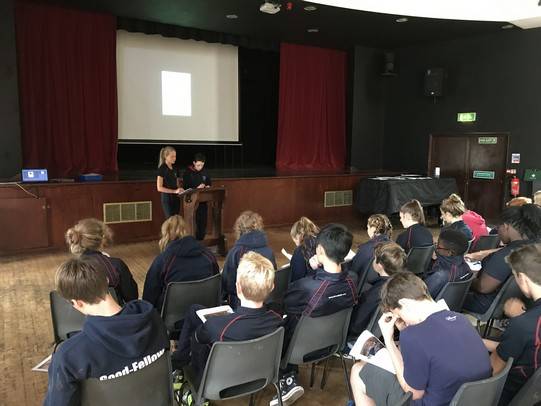