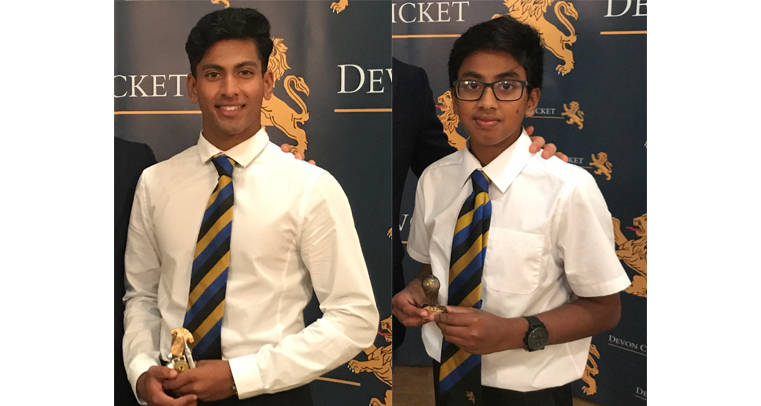 We are delighted to announce that Mount Kelly brothers Abraham and Jacob Kopparambil came away from the prestigious Devon Cricket Junior Awards with three trophies between them. Abraham Kopparambil, a regular member of the Mount Kelly 1st XI, was named Devon U15 and Devon U16 Batsman of the Year 2017; the first player in some years to win both awards. His younger brother, Jacob, was once again named Devon U13 Bowler of the Year, following his record-breaking year for the county, taking the most wickets in the season.

Director of Sport, Gareth James, said "both of the boys work extremely hard on their game and have the skill set and determination to go a long way in the sport". 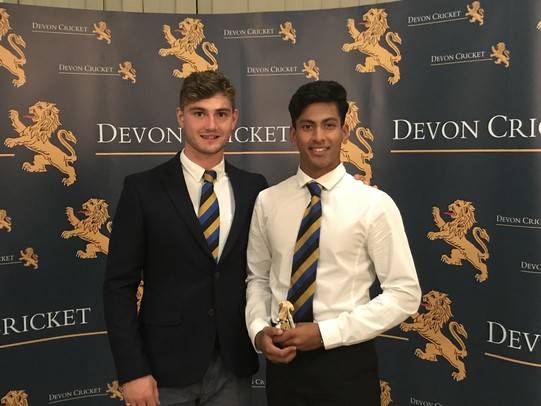 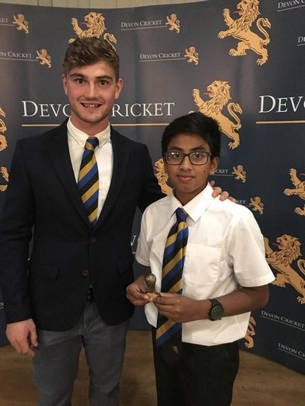