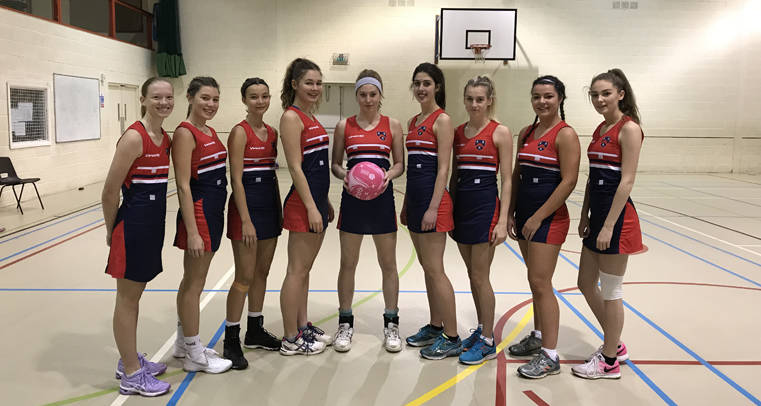 The Mount Kelly Netball Academy was well attended in the Michaelmas term, allowing our teams to strengthen their skills ahead of the season.

Both the U16 and U14 netball teams played in the Pre-season National Schools Netball Tournament last term. The U16s finished second in their group, winning three out of four of their matches. They were defeated by Ivybridge in the semi-finals, gaining third place overall.

The U14s played some excellent netball, beating Notre Dame, Heles School, Plymstock and Plympton Academy to finish as runners up. The girls also went out to Ivybridge in the semi-finals, finishing third out of 12 teams.

The U19s played in a pre-season tournament at Heles School, finishing in second place and going on to represent West Devon at Exeter University in November. Despite losing all of their matches there, the competition was a valuable experience for the girls, giving them the determination to work hard to improve for the season ahead.

In the Plymouth and District League, the U16s played against Westcountry Land in their training session, narrowly missing out on a win with a final score of 24-22 to their opponents. It was a great effort from all of our girls.

The U19 team took on a combined Horrabridge, Tyremarks and Westcountry Land team. The girls got off to a very strong start, trying out different combinations and positions during the match, and winning 19-13.

The first match of the season for the 1st and 2nd VII squads was against Plymouth College.  The 1st team started slowly and were taken aback by their opponent’s fast pace, however they stepped up to the challenge in the second half, showing great resilience and fighting back to a final score of 33-23 to Plymouth College. The second team produced some excellent play, winning the match 28-13.

The U14s enjoyed an exciting match against Stover, resulting in an 18-18 draw. The U16s team dominated their game with excellent play from all of the girls to win 31-14.

The 1st VII and U16s visited Plymouth Studio School where the U16s continued their unbeaten success. They dominated the match again, winning 29-16. The 1st VIIs were very evenly matched with end to end goals, however the Mount Kelly team kept their composure, winning 32-18.

Some other great results from Mount Kelly’s teams this season include: