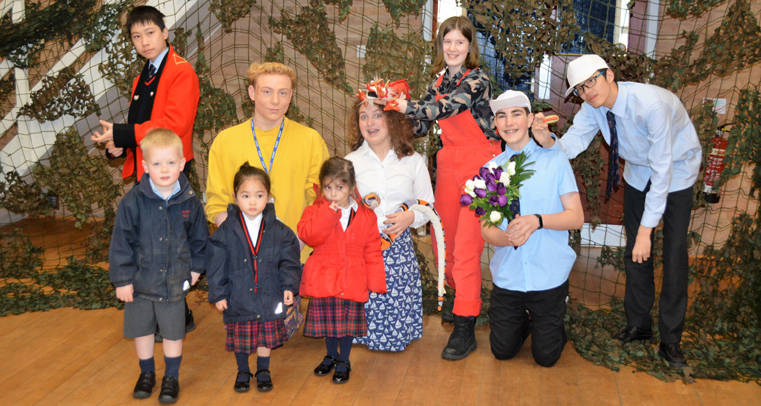 A group of Year 10 pupils studying GCSE Drama have been working on a recent project with pupils in the Nursery. The younger children commissioned a performance, telling the Year 10 pupils about the characters they would like to see, where the play was to be set and what the moral of the story should be.

The imagination of the children in the Nursery were vivid and varied; from being in a jungle with a Dragon, to eating sausage rolls, and a grumpy Miss Calvert (as she is usually so lovely), to eating cold porridge with slugs in!

The older pupils had their work cut out, improvising around the topics and ideas.  They produced a final production two weeks later which the Nursery children thoroughly enjoyed. It was excellent practice for the Year 10 pupils to perform in this way and wonderful for the Nursery children to see their imagination come to life.