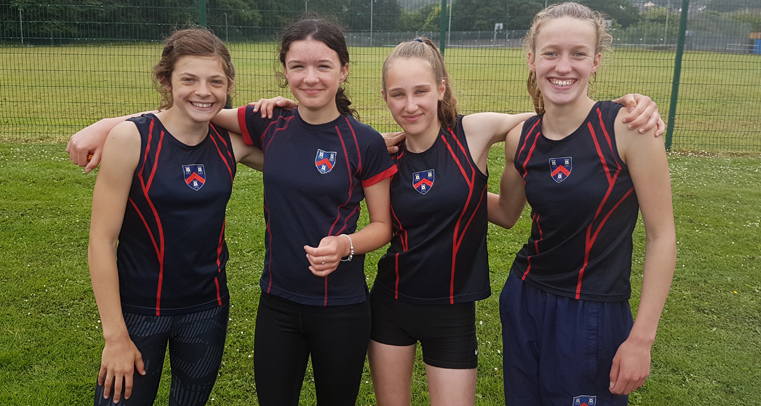 The Mount Kelly Trophy took place at Tavistock Athletics Track on Sunday 17 June. Although the weather was not as glorious as last year, the quality of the athletics certainly was. Six teams of competitors were vying for individual places at the Nationals in July, whilst the schools were competing for the eight team trophies available.

Mount Kelly was at the fore of many events with pupils winning a host of individual honours. Our teams also won the U12 Boys’ and Open Girls’ Relays as well as a clean sweep of the four different age group trophies.

Competing with us for a place in the National finals were:

The girls competed well and the team accumulated more points than they had in the previous round, improving in many events. Unfortunately Mount Kelly was just pipped by one point for 4th place by King’s Hall.