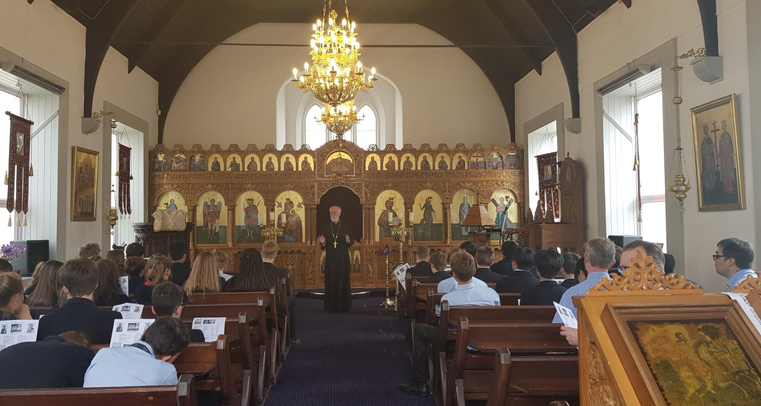 The day began with a visit to Piety Mosque in Plymouth, for a tour of the Mosque.  Pupils learnt about various religious items, including the list of prayer times, which was particularly interesting because on the longest day of the year, the first prayer has to be completed by 5:05am.

Pupils then visited the Jewish Synagogue in Plymouth, which from the outside is a rather anonymous building, however, it is wonderful inside.  The speakers explained the significance of items such as the Torah Scrolls, which they were told cost around £30,000 to replace.  They engaged the pupils in a fun manner and involved them in many show and tell moments about the objects in the synagogue.

The third visit was to a Greek Orthodox church which is rather nice to look at with interesting icons of religious figures.

The final visit of the day was to Mutley Plain Baptist Church, which showed pupils a real contrast in the different branches of Christianity.  The pupils experienced the baptismal tank, without the water!

It was an informative and enjoyable day for both pupils and teachers.