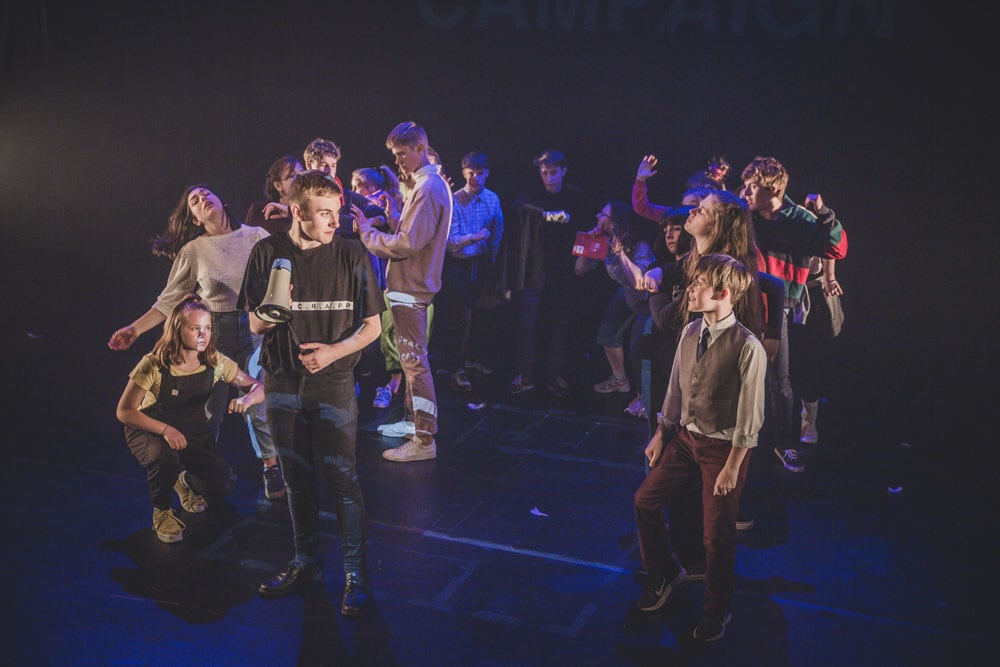 Year 12 pupil, Jonny Hibbs, has recently performed in [UNTITLED] at the Exeter Phoenix theatre. Described as a play within a play, or a play about creating a play while being acutely aware of your fake character and the real audience, the production was devised and written by The Young Pretenders Theatre Company and directed by Lucy Hirst and Katherine Stevens.

Described by PRSD as 'an essential, fun romp through drama-land', [UNTITLED] has received some excellent reviews. Read more at The PRSD and Grow Media.

Photograph courtesy of Rhod Cooper. More photographs can be found on Facebook.