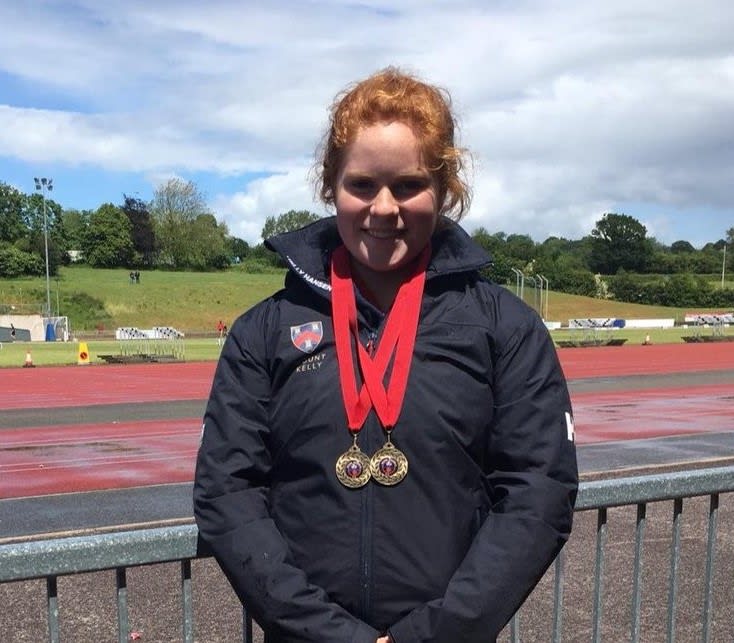 Eighteen athletes from across the Foundation were selected to represent Plymouth and West Devon Schools at the Devon Schools Athletics Championships in Exeter on Saturday.

Year 10 pupil, Hannah, got the day off to a winning start in the Hammer event, achieving a Championship record throw of 46.27m, and going on to win the discus event as well.

Our sprinters were on excellent form on the track with three of our pupils making 100m finals. Jamie won Gold in both the 100m and 300m events.

Our middle distance runners had a tough day with changeable wind conditions on the track but still managed to give some impressive performances. Charlie won Bronze and Thomas won Silver in the Senior boys 1500m, Amelia gained Silver in the inter girls' race and Oliver took Gold in the Inter boys' 1500m. Edward took on the 3000m and gained an impressive PB.

Mount Kelly pupils won 15 medals and six of our athletes have made it through to eight events at the South West Schools Athletics Championships representing Devon next weekend.