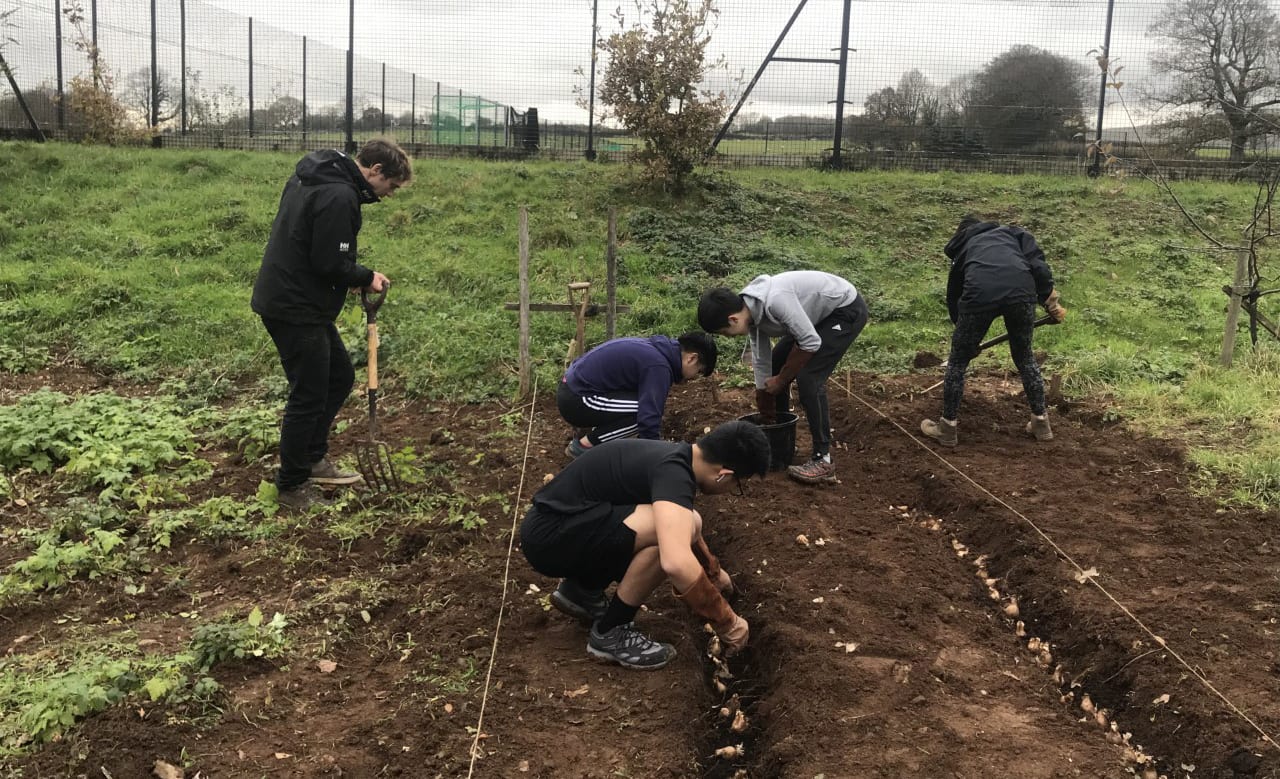 On Tuesday and Wednesday afternoons, two groups of young gardeners have been working hard to establish an allotment at Mount Kelly. Soil is being turned and hidden gems discovered in what was once a working plot, however following many years of abandonment, the pupils have primarily worked hard to restore order to a deeply overgrown site.

The Market Gardeners are made up of pupils from the Mount Kelly Volunteering Programme and some who are working towards their Duke of Edinburgh awards. They are fortunate to receive hands-on and consultative support from the hugely valuable Ali Sedgwick who is our partner with Transition Tavistock. She has also helped us to source some local varieties of real Tamar Valley daffodils which we are currently planting. Tavistock has a great history of Market Gardening and daffodils were once cultivated and grown here by the thousand and taken up to be sold in Covent Garden using the old branch line.

Stage one of the project has been to mark, cut, and work through the beds, with pupils removing rocks, roots or detritus and leave behind well sifted soil in neat and manageable geometric beds.

The team has already put in some herbs and onions, pruned back the soft fruit bushes, trimmed round the orchard trees, cleared the brambles and planted three varieties of locally sourced daffodils. The wind, rain and cold has not dampened spirits, and Mr Trice and Mr Haydn-Davies are continually impressed by the dedication and hard work exhibited by all pupils involved. There is still much to do before winter sets in, however the promise of a new tradition of a hot chocolate break is something to look forward to.