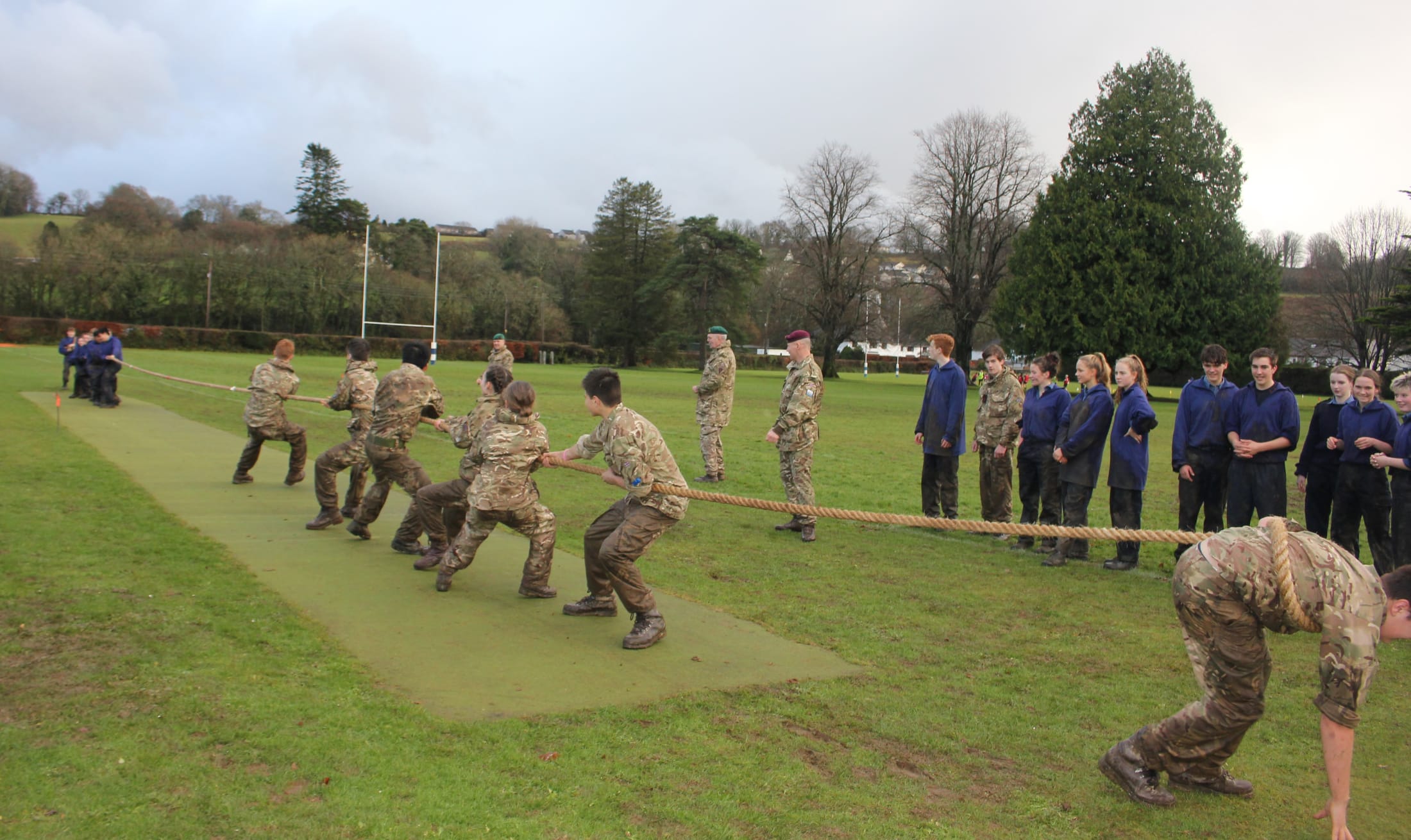 The CCF hosted a team from one of our sponsor units, 29 Commando Royal Artillery, on Wednesday who put the cadets through their paces in the annual Mount Kelly Commando Challenge.

After a thorough warm up, the four cadet teams (two Army and two Royal Navy) competed against each other for the Commando Trophy.

First up was the 'gun run' where teams had to run relays across the rugby pitch, collecting various pieces of equipment in order to assemble a mock cannon. This was followed by a command task promoting communication and confidence in a team mate, as pairs had to guide their blindfolded partner through a mock minefield using only voice commands.  The final event was the classic tug-of-war.

One of the Navy teams came out on top and was presented the trophy by the Contingent Commander, Lt Commander Henry Pearson. Well done to all the cadets for fully entering in to the spirit of things on a very cold, wet and muddy afternoon!

Our thanks go to Staff Sergeant Dodds and team from 29 Commando Royal Artillery.